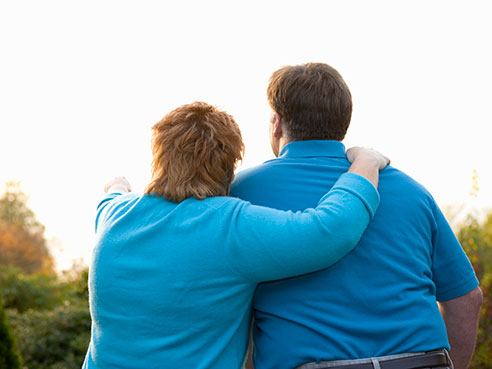 Obesity, which affects more than one-third of Americans, is a chronic disease that can shorten your lifespan, but new findings from UAB show that its effect on mortality has reduced in recent years among many groups, particularly women.

Tapan Mehta, Ph.D., assistant professor in the School of Health Professions and lead author on this study recently published in Obesity Reviews, says debate over the effect of obesity on mortality stems from conflicting results in individual analyses.

“Analyses of the National Health and Nutrition Examination Surveys suggested that the harmful effects of obesity may have decreased over calendar time, while other studies suggested that this might not be the case,” Mehta said. “Findings have been inconsistent, and previous studies have limitations such as confounding due to length of follow-up, recency of BMI measurement, age-related-effect modification and stable study-level factors.”

Mehta and the UAB team selected and collected individual-level data for 17 U.S. prospective studies that spanned different times and mortality follow-up periods and conducted a meta-analysis that adjusted for the limiting factors of previous studies.

The analysis showed that despite Grade 1 obesity, longevity has not continued to reduce over time in older white men, but did in younger or middle-age men with the same BMI. White women fared better; there is evidence of a lesser association between Grade 1 obesity and shortened lifespan over time and across all age groups.

“One of the possibilities our findings suggest, but do not prove, is that advances in medicine, screening procedures and interventions may have reduced the excess mortality associated with Grade 1 obesity; there are yet other explanations, as well,” Mehta said. “More research needs to be done to directly evaluate some of these explanations; for example, evaluating which treatments have reduced the association of obesity to mortality would help us identify and focus on strategies that seem to be working.”

As more longitudinal data on minorities becomes available, Mehta says they will be able to evaluate the same obesity-related mortality question with rigorous study design and methods.

Additionally, Mehta notes that the role and trends in gender gaps and disparities in medical care is an area of study that would build upon this work.