Two faculty mentors go the extra mile for their students 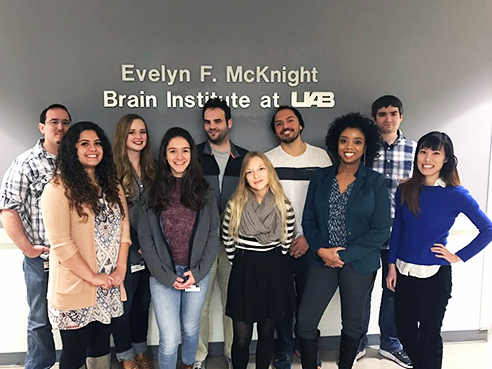 
While earning her doctorate from Binghamton University, Farah Lubin had one specific goal: score a spot in the research lab of a respected professor who promised to take her on if she earned an A in his immunology class.

After a semester of studying and “cranking out data” during rotations in his lab, she discovered that, while she earned an A in the lab component, she only earned a B+ in the lecture. Lubin said she was devastated — but not for long.

“The professor came to me and said that even if I’d gotten a D, my passion, grit and work ethic would have mattered more than my grade,” she said. He told her the grade she’d earned was one of the highest in the class, and asked her to be his teacher’s assistant for the course. “It took a lot of pressure off me. He was tough, but in the back of my mind, I knew he believed in me.”

Lubin, who has been mentoring formally since her days as a postdoc at Baylor College of Medicine in 2002, has had time to hone her craft. Now an associate professor of neurobiology at UAB, said she strives to be that kind of mentor for her students: honest and direct, while understanding that students learn and achieve in different ways.


“Everyone has a voice,” she said. “I take every question seriously. A student’s first experience with mentorship can either motivate them or redirect them, and you don’t know what potential opportunities will be missed,” she said.

Lubin is in a unique position to help young academics in her field as co-director of the UAB Neuroscience Roadmap Scholars Program, which provides a focused and individualized path for underrepresented and disabled students with an interest in graduate studies. She said the program gives students the best advantages, such as helping them learn approaches to budgeting, professionalism and networking. 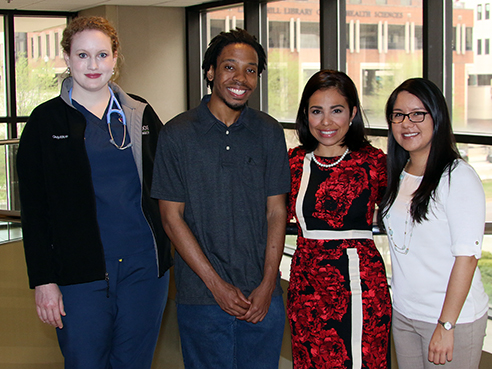 
“If you don’t feel included or supported, especially in an environment where you don’t have people who look like you or you’re immediately labeled even before you speak, that adds a lot of pressure, even before you’re a grad student,” she said.

For Will Webb, an MD/PhD student, getting Lubin as a mentor in 2014 was serendipitous. He’d already rotated in two labs when Lubin guest-lectured in one of his genetics courses, and he unexpectedly bumped into her in the elevator later that day. After talking about the lecture, he decided to throw caution to the wind and ask if she was recruiting graduate students for her lab; she was.

“She’s one of my first examples of learning how to be a mentor in a positive sense,” Webb said. “She is a much more experienced scientist than me, and though she often knows what my next experiment should be before I do, she will guide me Socratically and independently of her until I get to the same answer.”

He also said Lubin stays invested in the professional lives and long-term goals of the students she mentors.

“She asks about the big-picture stuff,” Webb said. “She keeps it on her radar and is always a willing ear for people who want to bounce ideas off of her or talk about future plans.”

Making a mark
Bertha Hidalgo, M.D., assistant professor of epidemiology, also gathered aspects of her mentorship style from influencers in her life. Hidalgo has been mentoring formally since her time as a postdoc at UAB in 2012, and as Lubin, said mentoring students also means being interested in their lives, families and personal interests.

“There are aspects of great mentors I’ve had that I’ve incorporated into my style, like being present and checking in on people.” she said. “When I haven’t heard from someone in a month or so, I’ll be sure to send an email to check in. I’ll also set meetings in informal ways, like over a meal, and be sure to ask about aspects of their lives beyond the academics.”

Having Hidalgo as an informal mentor has proved invaluable for postdoc Anarina Murillo. She first met Hidalgo during her postdoctoral interview in 2016, after which Hidalgo invited her to the UAB Minority Health and Health Disparities Research Symposium and began introducing her to colleagues. Since then, Murillo said Hidalgo has offered her advice on ways to manage time, publishing, grant-writing and general aspects of her career.

We are both from Southern California and are Latinas, so I feel like I can connect and identify with her,” Murillo said. “She is a successful researcher with a strong record of publications, grant awards and mentoring. Plus, because she went through her postdoc studies at UAB, it’s very impactful for me to meet with her and hear about her experiences and how she navigated her career transitions.”

Hidalgo said she chooses to have informal mentees alongside her formal ones because she thinks it’s important to have influences in your life that aren’t necessarily tied to your academics.

When you’re coming up as a student in whatever profession on campus, it’s important to have mentors that aren’t just mentors on paper, but to whom you can go for perspectives without them having a professional stake in your success or grade,” she said.

One of Hidalgo’s previous mentees, Calvin Colvin, won first place in the Office of Undergraduate Research’s Summer Expo this past year for a project he worked on with Hidalgo. Now he is applying to graduate programs in epidemiology, she said, and it was his summer program experience that helped him make that choice.

I would say to potential mentors that you never know the impact you have,” Hidalgo said. “For that matter, it’s important to give one’s all as much as possible, because it can really change someone’s path and could provide a lot of inspiration to those seeking it.”