Does vaping lead to abuse of illicit substances? Rehab scientists use i2b2 to find answers 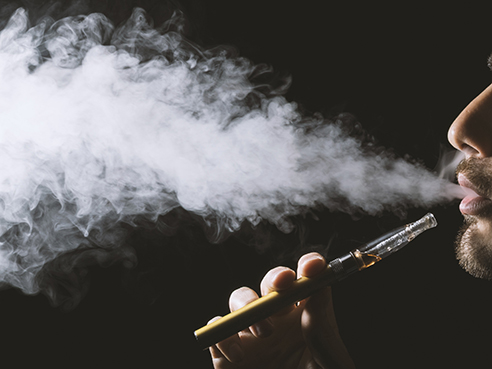 When Abdullah Alanazi began pursuing his Ph.D. in rehabilitation science, his research interests centered on the intersections of prevention and control of tobacco use with lung diseases such as asthma and COPD. But with the rise of electronic cigarettes and other electronic nicotine delivery systems (ENDS), Alanazi considered a new question: What is the relationship between the use of ENDS and illicit substance abuse?

“People who use tobacco have a high correlation to substance abuse, and I began wondering about people who vape or use e-cigarettes,” Alanazi said.

Alanazi’s first instinct was to begin with a search through medical records for patients whose history matched his question; however, he was eager to circumvent processing time associated with getting approval for studying human subjects. Originally, he intended to examine identifiable medical records, which requires approval from the UAB Institutional Review Board for Human Use (IRB) to protect the rights and welfare of human participants in research.

It was then that he, along with Eric Ford , professor of health care organization and policy, learned of UAB’s access to i2b2, a self-service application that enables researchers to access de-identified patient data. Alanazi used i2b2 to search the system for people who use ENDS and who practice or have practiced illicit drug use, which Alanazi defines as the non-medical use of drugs that are prohibited from being inhaled, digested or sniffed — drugs such as amphetamines, cocaine, heroin, cannabis and ecstasy.

After using i2b2 just once, Alanazi says he’d encourage any UAB researcher to use it.

“If you want to locate your patients, this is a huge shortcut to finding them,” Alanazi said.

Alanazi and Ford received first place in the Center for Clinical and Translational Science’s and UAB Informatics Institute’s inaugural i2b2 Abstract Contest for their research, winning a grand prize of $1,000. 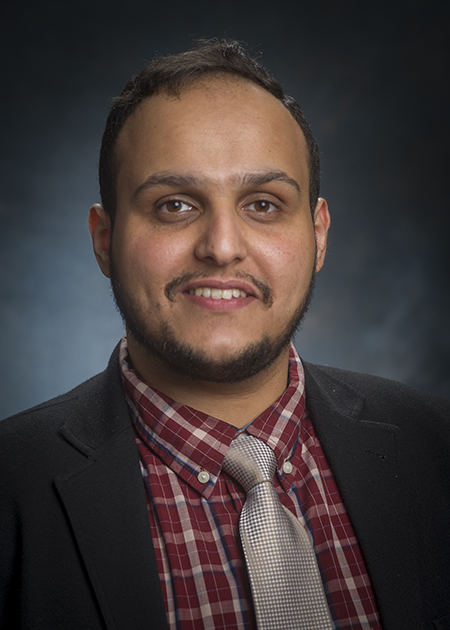 Alanazi isn’t the only researcher who has used i2b2 to further his research substantially. Morgan Dew, a nurse at Children’s of Alabama, used it to nearly double her sample size when researching instances of pregnancies in women born with spina bifida. Wolfgang Muhlhofer, M.D., assistant professor of neurology, used i2b2-generated data to identify new information about therapeutic comas and their application in patients with refractory status epilepticus. Alanazi, Dew and Muhlhofer presented their research in the Center for Clinical and Translational Science’s April forum; view the 45-minute presentation on YouTube.

Alanazi and Ford will use the i2b2 data as a jumping-off point for a larger research project. Research on e-cigarette and ENDS trends is evolving constantly, Alanazi said, but most research examining links between nicotine and illicit substance use focuses on traditional tobacco products.

i2b2 gave them the patient data they needed to determine a population base for studying patients who vape; now, they plan to obtain IRB approval to access more information about the patients and any medical conditions they may have in order to track their tobacco, ENDS and/or illicit substance use in the future.

It boils down to this, Alanazi said: Are people who vape at a higher risk to engage in more dangerous behavior, such as illicit drug use? Or, Alanazi postulates, are people who are addicted to substances such as cocaine and heroin simply looking for something less harmful to “get away with?”

“We’re seeing an association between vaping and substance abuse, and we want to see what the cause of the correlation is,” Alanazi said. “At this point, we don’t know which is causing the other, which is leading the other behavior.”

This research will help Alanazi and others who work in rehabilitation science to better understand what motivates people to start and continue to use tobacco products, which is key to providing tailored treatment.

“Smoking is a complicated behavior to understand and treat because of its high associations with several other risky behaviors, and illicit substance abuse is one of them, “Alanazi said. “It’s imperative to understand the motivations and reasons why people start and continue smoking to intervene with the appropriate tools and regimens to treat and prevent people from smoking and its associated chronic diseases.”