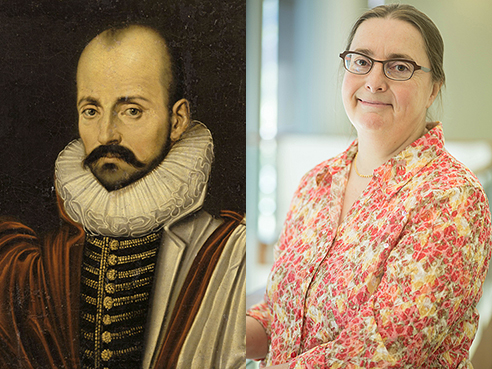 The Montaigne Prize, awarded by the College of Arts and Sciences (CAS), is a cash award given to a full-time UAB faculty member who pens a scholarly essay in the history of ideas, which encompasses a broad range of interdisciplinary concerns — including those at the intersection of cultural and intellectual history, — and makes a unique contribution to the history of thought and culture. The prize is reminiscent of UAB’s Conner Prize in the History Ideas, which the university awarded for several years and of which Daniélou was a recipient in 2010.

“Most professors in the humanities are discrete, solitary researchers whose work is important and but doesn’t get a lot of attention,” Daniélou said. “I hope this prize highlights the importance of the history of ideas while also giving our UAB faculty a chance to compete, win and be honored and appreciated for their intellectual accomplishments.”

Nomination packets should include both the faculty member’s CV and their essay, which should be written in English and either unpublished or pending with intent to publish in the calendar year of submission. Submissions are blind, and entries will be reviewed anonymously by a panel of scholars. The winner will have the opportunity to give a public presentation on their essay. More specifics can be found on the CAS website.

Submissions are due 5 p.m. Jan. 4, 2019; send them to Veronica Speight at vspeight@uab.edu or Heritage Hall Building Room 560. Direct questions to thecollege@uab.edu.