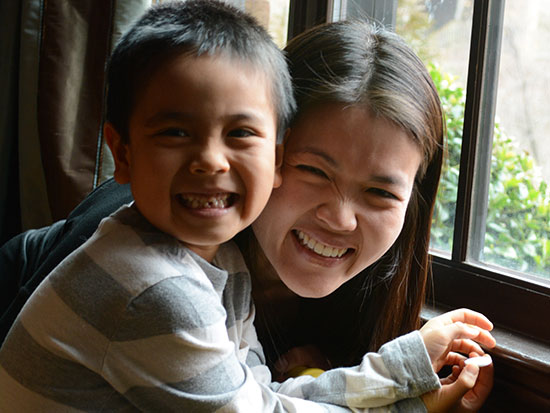 After their son Abram nearly wandered into a busy street, Michele Kong and her husband, Julian Maha, founded a nonprofit to help other parents of children with autism spectrum disorder. Today, KultureCity is an official partner of the NBA and has trained staff at some of the nation's largest venues. Image courtesy Michele Kong.Michele Kong, M.D., is a pediatrician specializing in critical care, so she is normally unfazed in stressful situations. That didn’t make it any less of a traumatic experience when her son nearly walked into traffic on one of the state’s busiest roads.

Abram was four and he had recently been diagnosed with autism spectrum disorder (ASD). Kong was holding her infant son, Juda, and a relative was watching Abram. “All it took was two seconds,” she said. “He wandered down the driveway right toward Highway 31. We caught up to him just in time.”

The story doesn’t end happily for many parents. Up to half of children with ASD have wandered away from a safe environment, according to the National Autism Association, and parents of those children reported that wandering was among the most stressful ASD behaviors. A 2017 study found 139 reported deaths involving children with ASD. More than 70% of those deaths were accidental drownings; 18% of the children were struck by vehicles and 4% were struck by trains.

After they got over the shock, Kong and her husband, Julian Maha, M.D., a physician specializing in emergency medicine, considered the situation analytically. “We said, ‘This is clearly a problem. Kids with autism are fascinated by water. They don’t respond very well when called and they run away from strangers. What is out there to prevent this?’” Kong recalled. “There were some kits available, but they weren’t enough. In order to really help families, we knew that it had to be accessible, and therefore had to be available at low- or no cost.”

Kong and Maha started a nonprofit, KultureCity, to help other parents avoid what they went through. Their free lifeBOKS kits include a tracking device, window alarms and other technology to help caregivers prevent wandering. The kits have “helped in hundreds of wandering events and 35 near-drowning events that we know of,” Kong said. 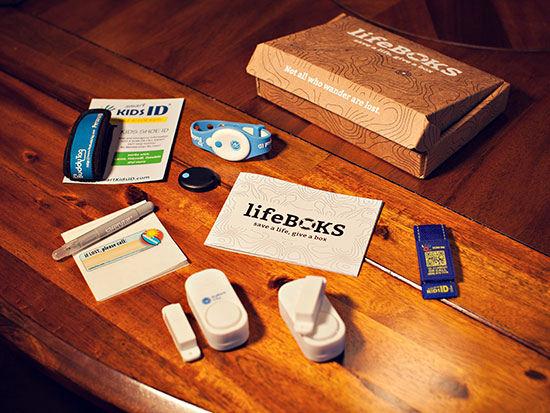 But lifeBOKS was just the beginning. As Abram grew older, Kong and Maha realized that the sensory difficulties brought about by ASD meant they were spending more and more time at home, by themselves. “Abram loves riding and swimming and is a very happy kid,” Kong said. “As we journeyed with him and learned the differences, though, we realized very quickly that trivial inputs such as bright lights or a crying baby or a barking dog could result in a verbal outburst or a meltdown.” Because they couldn’t predict when this would happen, “it became very hard for us to go out into the community — to go to the zoo, to go to a sporting event, to eat out,” Kong said. “Before we knew it these events became a distant memory. We realized we were in social isolation, and we encountered many other parents in the same situation.” (What parents need to know about sensory processing difficulties in children: read the JAMA Pediatrics article  Sensory Processing in Children co-authored by Kong.)

Once again, Kong and Maha talked out a solution. KultureCity launched a Sensory Inclusive initiative that trains staff at venues in how to help guests with sensory processing issues. The Sensory Inclusive initiative has now spread across the country to some of America’s biggest venues, including Oracle Arena, home of the NBA’s Golden State Warriors; Heinz Field, home of the NFL’s Pittsburgh Steelers; and Citi Field, home of MLB’s New York Mets. In April, GMHBA Stadium, home of the Australian rules football team the Geelong Cats became the first international venue trained by KultureCity to become sensory inclusive. (UAB’s Alys Stephens Center and Birmingham’s McWane Science Center are on the list as well — see all Sensory Inclusive venues on the KultureCity app.) 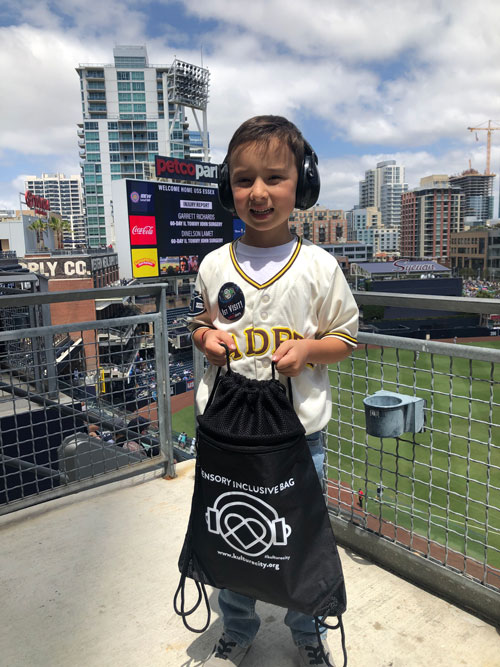 
How did you do that?

In 2019, Fast Company named KultureCity one of its World’s Most Innovative Companies. But even as KultureCity grows, Kong is still a full-time physician at UAB and Children’s of Alabama. In 2016, she piloted a sensory pathway initiative at Children’s “to improve the patient-care delivery and experience for patients with sensory sensitivity when they come to the hospital,” she said. It began in the emergency department, which “can be really loud, with long wait times, numerous external stimuli that may overwhelm a sick child, potentially creating barriers to care delivery and management by the medical provider,” Kong said. After a successful rollout in the ED and inpatient areas “we’re now in the process of training the rest of the hospital,” Kong said.

So how do you change the world — while keeping your day job? Kong offers some advice based on her experience.


Where is the love?

“Ultimately what drives all of this is love and passion,” Kong said. “You can’t just love a community. It has to start with something you can get your arms around. For my husband and me, it’s the love for our son and the realization that he is who he is, and he has made us better. We are meeting him where he is and figuring out how to help him meet his potential.” From him, it then extends to another child, another family, and ultimately, the community.

Take the first step — but don’t stop there

“Ask yourself, what is the first action you can take?” Kong said. “Julian and I sat there and talked through all kinds of possibilities and we kept coming back to this. We had a few core stakeholders who said, this is what we’re going to fund. We said, ‘We have lifeBOKS and Toys Aucross America [a program to send toys to children with ASD]. When you prove that it works and you are having a real impact, you can build from there. But you can’t go big without something grounding you.”

“We don’t run KultureCity in the traditional nonprofit model,” Kong said. (The “K” in “Kulture” is “our way of going against convention and the status quo,” Kong said.) “We’re more like a startup. Our philosophy has always been to be impact driven — impact before funding. The traditional way is to fundraise for your program first and implement later. But then you get stuck in the realm of constantly trying to find funds. We approached it in a very different way. We had an initial small group of stakeholders and we told them, ‘this is the impact we want to have,’ and we went and did it.”

Workers are attracted to Silicon Valley startups by the prospect of equity — hitting a financial jackpot when a company goes public. KultureCity, which is nearly all volunteer-driven, has something that can be even more powerful, Kong said: impact equity. “Our only employee is the executive director and our overhead is less than 5 percent, which is extremely low,” she said. “We’re able to do that because our volunteers are truly driven by the mission and the passion for change. If you have someone in your family with special needs or a unique challenge you always understand the need. But when someone who doesn’t have any direct, personal connection sees the need and puts in the effort, you know that the message has translated.”

Like a startup, KultureCity is focused on scale. “Targeting social change lets us have the biggest and most direct impact in the community — in the fastest way,” Kong said. “We want to set new boundaries, to push the frontiers of social justice and equity. We want inclusion to be the norm. Until at the end of the day it’s not a conversation piece anymore.”


Find a way to make your cause real

“People have to buy in before they will make a change,” Kong said. “With the Sensory Inclusive initiative, a venue may mandate that their workers take our training, but how can you mandate that someone speak a certain way? We do that by showing people the need, by making it personal. One in six people are affected by sensory sensitivity. We tell them, ‘It’s all around you.’ Suddenly, they think back to situations they’ve dealt with. They’ll say, ‘That’s exactly what we encountered the other day…’ Once you see it, it’s real to you.”

If you’re determined to go big, you’ll have plenty of people telling you it’s impossible, Kong said. “Don’t be afraid of the noes you’re going to get, the people saying, ‘He cannot, you cannot.’ You need to keep saying, ‘Yes he can, yes we can, and let’s do it together.’ There’s a power behind that that keeps you going. The very first time I saw another child at a basketball game with the KultureCity bag, it was amazing. To hear stories from families of their son or daughter taking the first ever trip to the zoo, the museum, a basketball game and more is humbling, empowering and makes everything we do worthwhile.”