NAS dues are out 'From Here On IN' 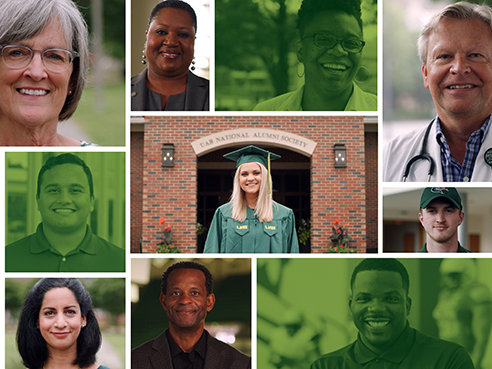 Effective Oct. 1, all UAB graduates will automatically granted membership in the UAB National Alumni Society. The NAS is adopting a non-dues membership model, which means all UAB alumni — more than 6,000 of whom are UAB employees — will be part of a network of more than 150,000 graduates, says Jennifer Breland, Ph.D., NAS executive director and assistant vice president of alumni affairs.

"Our goal is to be a central hub for alumni," Breland said. "We realized that membership was becoming a barrier to engagement. We didn't want membership dues to stop anyone from supporting UAB or the schools or programs that mean the most to them."

To promote the transition, the NAS is launching an awareness campaign centered around the phrase "From Here On IN."

"Here, 'IN' refers to the inclusivity and involvement that we want our alumni to experience," Breland said.

The new membership model also includes a realignment of regional chapters, which will instead be known as alumni networks. Any graduates within a school or college, special interest group area or specific regional area will automatically be part of that local alumni network. "Say we have a School of Nursing graduate who lives in Atlanta," Breland said. "That graduate won't have to worry about paying dues for the Atlanta chapter and the School of Nursing chapter before participating in a local gathering. He or she will simply be receiving information about what the local networks are up to."

Keeping alumni engaged is vital to university growth— and not just from a financial standpoint, Breland says.

"I think the biggest reason alumni want to remain connected and involved once they graduate is to give back to an institution that's given you a degree, that's helped get you to where you are today. Of course we want every alumnus to be a donor, but it's about more than that. It's about mentoring students, connecting graduates to jobs, supporting our arts and athletic programs. Our goal is for NAS to be a place where alumni can plug in and get involved in a way that means the most to them."