Watch, listen to these Birmingham stories during Black History Month 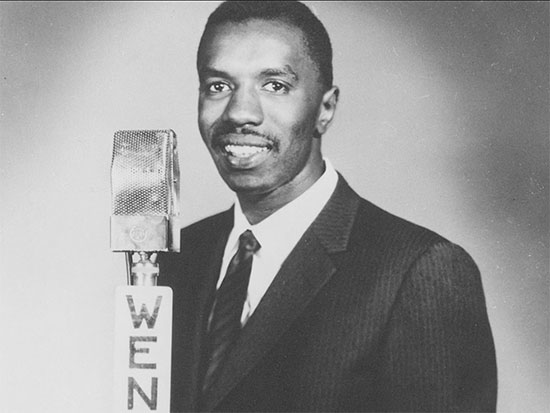 Birmingham DJ Shelley "The Playboy" Stewart reached Black and white fans at WENN in the 1960s. He also passed on coded messages to demonstrators, letting them know where to gather. Stewart's story is one of many aspects of Birmingham's role in the civil rights movement captured on video and audio by UAB students and faculty.In his monthly message for February, School of Medicine Dean Selwyn Vickers, M.D., noted that "Black History Month gives a moment to rejoice and honor the extraordinary changes our society has experienced." (See all the Black History Month activities at UAB and learn more about UAB's history and ways to take action.)

Birmingham, which became the epicenter of the civil rights movement in the 1960s, has history and extraordinary moments in abundance — many of them documented by or at UAB.

Michele Forman, director of the Media Studies Program in the Department of History, and her students have been collecting these stories for nearly two decades. Seven years ago, in conjunction with the City of Birmingham's 50 Years Forward celebration of its central place in civil rights history, Forman's students created a series of short films on subjects including Leroy Stover, Birmingham's first Black police officer (“The Klan Was the Law”); DJ Shelley “The Playboy” Stewart, who passed coded messages to demonstrators on radio station WENN (“Transmission Freedom”); the Alabama Christian Movement Choir, which sang at weekly mass meetings that inspired sit-ins, demonstrations and boycotts (“Out of their Seats, into the Streets”); and one of the most famous boycotts, the Selective Buying Campaign of 1962 and 1963 ("Birmingham’s Boycott”). See all the films here.

"Going into the community and having a hands-on experience with people and places is a great way to learn," Forman said. "In addition to technical instruction on cameras and sound and editing, our students learn to be responsible for someone else's story and experience. That prompts a great deal of ethical reasoning skills that you can't develop in a classroom. We talk very frankly about representational issues and a history where many voices were excluded from being the makers and storytellers. Now we are at a juncture where we can learn what it means when more people are able to contribute to the voices we consume." With a grant from the Building a Multicultural Curriculum program in the College of Arts and Sciences, Forman is developing a new course titled Our Histories: Documentary Film and Public History in Birmingham, which will debut in fall 2021.

Students in Forman’s Ethnographic Filmmaking course continue to uncover powerful stories both old and new, including “The Journey of the Kings,” a portrait of a Birmingham nonprofit that specializes in mentoring African American boys and teens, and “The March Quilts,” about a community quilting project commemorating the 50th anniversary of the Selma voting rights marches.

In fall 2020, Forman debuted another new course, Untold Stories, that looked at historical storytelling through podcasts. "The idea of making a podcast rather than a full film opened the door to more history majors" among the students who enrolled, Forman said. "Podcasts that look back at history have boomed, and they are structured differently than a scholarly paper." Podcasts such as "Throughline" and "White Lies," both from NPR, begin with a hook — a compelling anecdote — and use sound effects and music to engage audiences and bring the past to life, Forman said. She is now preparing to launch a podcast series around the students' work.

UAB faculty and staff historians have been documenting the voices of Black history in Birmingham for decades. As part of an oral history project recorded between 1975 and 1984 and now available online from UAB Archives, listeners can hear from Mamie Grier, who was in one of the Sunday School classrooms at the Sixteenth Street Baptist Church when it was bombed by Ku Klux Klan members in 1963, and David Allen, a Black fireman working at Sloss Furnaces, among more than 170 other interviews.

Personal stories from Birmingham residents of all ages and races recorded by the national nonprofit StoryCorps in 2011 also are available on the UAB Libraries Digital Collections site. These include Annie Pearl Avery’s description of how the murder of Emmitt Till drew her into the civil rights movement and Bobby Clayton’s recollections of growing up in a company town run by Tennessee Coal and Iron, where purchases were made not with money but “clacker,” the company-issued tokens.

Several stories from Black staff and students on their experiences at UAB and its efforts to recruit and support Black students are collected in a podcast recorded during UAB's 50th anniversary in 2019.

Published in UAB in the Community