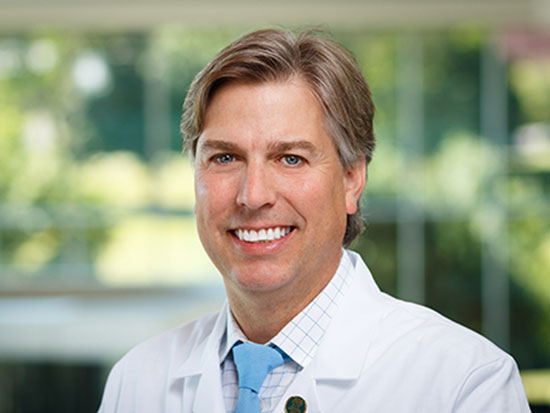 Genetic sequencing made the leap from research labs to patient bedsides several years ago. “But it was difficult to do and very expensive,” Mackinnon said. “Now you can sequence with high precision and accuracy at low cost.”

Today, one of the first steps a UAB oncologist will take with some cancers is to send a tumor tissue sample for sequencing. More than 1,000 samples per year are sequenced for UAB Medicine patients, and that number is expected to grow significantly.

“This is an exciting time, when we are expanding both our team of experts and the tests and services we offer relating to genomics diagnostics,” said George Netto, M.D., the Robert and Ruth Anderson Endowed Chair in the Department of Pathology.

A key part of that expansion, Netto explained, is the recruitment of Mackinnon from the Medical College of Wisconsin, where he directed the Clinical and Translational Research Laboratory. Mackinnon led development of several custom DNA and RNA sequencing assays at MCW, Netto said. At UAB, he will bring that expertise to bear in creating the Precision Diagnostics Laboratory. The goal, Mackinnon said, is to become a nationally ranked reference lab for genomic diagnostics and a collaborative partner across UAB clinical departments.

“Our job is to provide the clinicians with the genetic information they need accurately and quickly so they can take care of their patients more easily,” Mackinnon said. “We provide support to surgeons, oncologists and other clinicians through lab testing, consultations and diagnostics.”

Turnaround in hours, not weeks

Shuko Harada, M.D., associate professor and head of the molecular diagnostics section of the Genomics Diagnostics and Bioinformatics division, established the Molecular Diagnostic Laboratory in Pathology several years ago. “Dr. Harada has done a tremendous job,” Mackinnon said. “We’re taking what she has done and building on it,” with new technology and capabilities.

The emerging Precision Diagnostics Laboratory, part of the existing UAB Hospital Lab in West Pavilion, is expanding into an additional 1,000 square feet of space, Mackinnon said.

“Our goal is to have everything come out within three days,” Mackinnon said. “We’re not doing that now, but we will be able to offer these ultra-rapid results by early 2020.” Systems are already in place to offer same-day turnaround for colorectal treatment, Mackinnon said. “We want to scale that for any solid tumor.”

These rapid turnarounds are made possible by a “revolutionary machine” called Idylla, Mackinnon said. The automated, polymerase chain reaction (PCR)-based mutation testing system, “can go from tissue to results in two to three hours and allows same-day testing,” he said.

“We want to collaborate with our clinical colleagues and provide a service that’s needed,” Mackinnon said. “Once we have our testing validated and available, we’ll make the rounds and showcase our capabilities.”

The initial goals for the Precision Diagnostics Laboratory are to offer gene panels for cancer and for drug metabolism, Mackinnon said. “These are large, multiplex tests that look at variation or mutation on the order of several hundred genes,” he explained. “That would have cost millions of dollars a few years ago,” but the tests are now available for less than a thousand dollars, Mackinnon said.

For cancer, “we’re interested in identifying genetic changes in a patient’s tumor or high-risk genetic variants that they may have been born with to make an accurate diagnosis of disease and to get a better prognosis of what they can expect,” Mackinnon said. “The most important part of this is to help match patients with the right therapy — precision diagnostics and precision medicine.”

Pharmacogenomic screens, meanwhile, give physicians a picture of, “how different people are predicted to respond to drugs,” he said. Drug metabolism rates, “affect dosing and what drug the patient should get.”

Many clinical needs can be met with off-the-shelf gene panels. “But when you do that you sometimes sacrifice gene targets that you need or you have so many genes that are not currently relevant for patient care,” Mackinnon said. “An alternate approach is to develop a custom panel.” At MCW’s research lab, Mackinnon designed and validated multiple custom DNA and RNA sequencing assays. “Central nervous system tumors are a great example” of a use case, Mackinnon said. “A lot of the diagnostics and treatment for these tumors today are based entirely on the genetics, rather than what the pathologist sees under the microscope on a tissue sample.”

The lab also will pioneer advances in computational informatics to allow faster, more streamlined interpretation of complex gene-sequencing results, Mackinnon said. This effort is led by Elizabeth “Liz” Worthey, Ph.D., “an international expert in genomic sciences, and she is playing an active role in this,” he said. (See related story, Open source: How data scientist Liz Worthey is bringing precision medicine to the people.)

The aim is to become a nationally known reference lab, Mackinnon said. “There’s a critical mass of patients and highly talented people here at UAB that you really need to be a national-level reference lab.”

“The long-term goal is to go into a joint venture with UAB Hospital and various clinical departments,” he said. “We can synergize intellectually and clinically and bring operational costs down by having a bigger team of experts involved in patient care.” Partnerships with the O’Neal Comprehensive Cancer Center at UAB, for example, could allow expanded genomic profiling for patients that would allow accrual to clinical trials for new treatments. Mackinnon is also looking to partner with UAB’s research enterprise in order to bring innovative new tests from labs to the clinic.

‘All the parts here’

“We have all the parts here, and this is all possible because Dr. Vickers [Selwyn Vickers, M.D., dean of the School of Medicine and UAB senior vice president], Dr. Netto, Dr. Korf [Bruce Korf, M.D., Ph.D., UAB Medicine Chief Genomics Officer and associate dean for Genomic Medicine in the School of Medicine] and other leaders recognize the importance of growing in this area.”