UAB electrophysiology cardiologist first to use new heart catheter on a U.S. patient

Written by Reporter Staff
UAB electrophysiology cardiologist Tom McElderry, M.D., has become the first surgeon in the United States to use the new IntellaTip MiFi™ XP catheter in a patient. 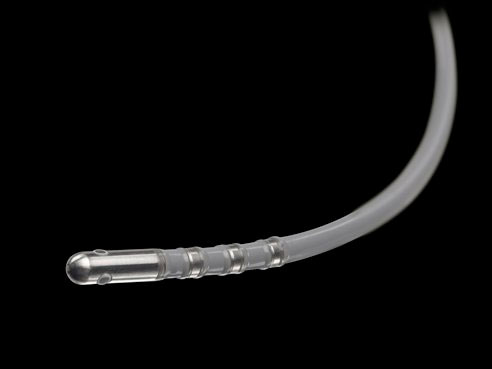 IntellaTip MiFi™ XP is engineered to deliver highly localized electrical information in real time. An innovative set of electrodes around the catheter’s tip provide electrograms of the heart – photos of the heart’s electric anatomy – with a higher resolution than any other ablation catheter. These electrograms help clinicians assess lesion maturation and differentiate viable from non-viable tissue.

McElderry, associate professor of medicine and section chief of Electrophysiology in the Division of Cardiovascular Disease, worked with Boston Scientific for five years on the sensor technology.

“The catheter helps physicians pinpoint the areas for therapy delivery, which helps make a more precise diagnosis and treatment of rhythm atrial flutter,” McElderry said. “In my opinion, we’re going to be able to use this catheter or similar technology on other catheter platforms in the future to address more complex arrhythmias.”

The catheter, which is removed at the conclusion of the procedure, has a steerable sheath that enables it to gain access to the heart, facilitating catheter use in a variety of procedures, including treatment of atrial flutter, atrial fibrillation and ventricular tachycardia. Enhanced features, which include a soft distal tip, advanced shaft construction and an intuitive ergonomic handle, help clinicians deliver catheters consistently and safely during electrophysiology procedures.

In addition to his consulting work with Boston Scientific, McElderry is a consultant for competitors BioSense Webster Inc. and St. Jude Medical Inc.
Tweet