During Women’s History Month, we plan to briefly highlight one woman each weekday who is working to build a better future at UAB, in Birmingham and beyond. Some may be familiar, and others may be new to you. All of them set an example of excellence.

We begin March 1 with Women Who Discover. 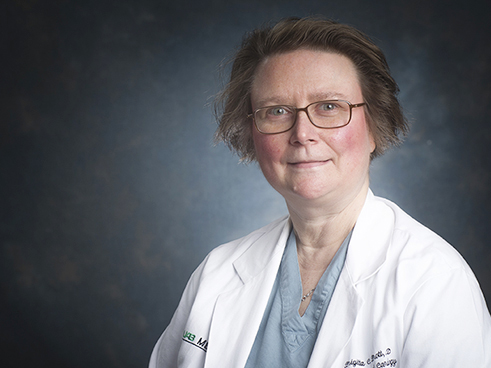 One of the goals of research is to discover better ways of doing things. But if you want to turn a breakthrough into a product, determination is just as important as dazzling science.

In their UAB labs, cardiologist Brigitta Brott, M.D., and biomedical engineer Ho-Wook Jun, Ph.D., developed a new type of coating that could help reduce clotting in heart and brain stents. “Deployment of these coatings could improve the lives of millions,” said Brott, a professor in the Department of Medicine.

There is also significant economic potential for their “bionanomatrix.” In 2010, Brott and Jun launched UAB spinoff Endomimetics, and have spent countless hours after work developing the business. In 2015, the National Institutes of Health gave Endomimetics grants totaling more than $1 million to accelerate the research and development necessary to bring the coating to market.

UAB’s support, Brott said, “has allowed Jun and me to be able to turn this research into a company that can bring additional jobs to Alabama.”

A Manhattan plot is named for its resemblance to the New York skyline. Haydeh Payami, Ph.D., has spent decades studying these charts, first in New York and now in Alabama, picking out unexpected findings in genetic tests that offer clues to treating — and preventing — Parkinson’s disease.

Payami, a professor of neurology at UAB, has been making major genetic discoveries for more than 20 years. In 1994, her lab found the first gene associated with the disease, and she has added dozens since. These findings open intriguing new paths. Payami’s team has observed that heavy coffee drinkers with certain gene mutations have drastically lower rates of Parkinson’s. Another area of study is the microbiome; gut bacteria seem to play a significant role in Parkinson’s.

“If you could identify people who are genetically susceptible and tell them what to do, or what to avoid, maybe you can prevent the disease from happening,” Payami said. 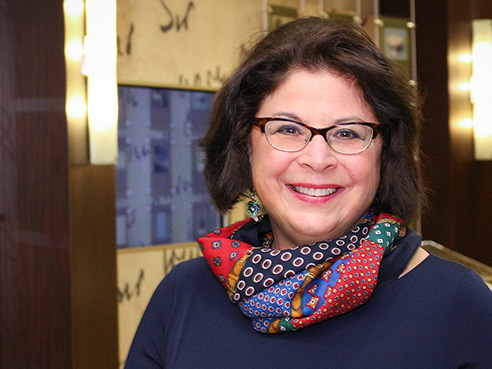 Often we think of discovery as unveiling something new, something yet unseen or unknown. For Marie Bakitas, DNSc, it is about understanding and preparing for something that has always been with us — chronic illness and the end of life.

During her career, Bakitas, professor and Marie L. O'Koren Endowed Chair in UAB’s School of Nursing, has played an instrumental role in changing the way we approach the inevitable by focusing on ways to reduce suffering and enhance quality of life for patients and their families.

Her leadership in the field of palliative care is internationally recognized — through research that revealed the need for a culture-shift in our thinking and honored service to national organizations — and her efforts are improving the quality of life for once-invisible patients.

“We help people think about their illness in context,” Bakitas said. “The illness is not who they are; it’s only a piece of their lives.”