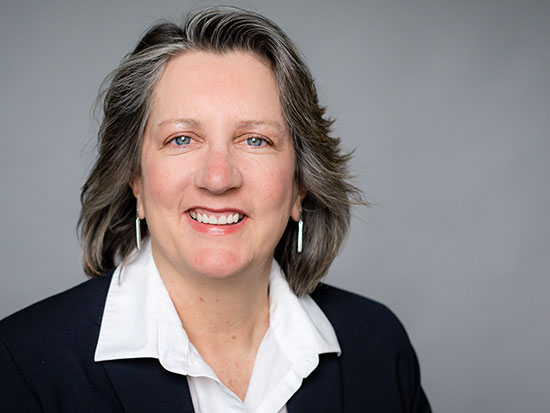 After 20 years in medical sales, Laura Gilmour (above) went back to school to follow her dream of doing "something that was more impactful." For several years, as she traveled hundreds of miles per week across the South for her job in medical software sales, Laura Gilmour had an idea rolling around in the back of her mind. What if she could help bring lifesaving medical equipment to communities around the globe, while contributing to sustainability in her own backyard? She enjoyed her job, but “I knew that I wanted to do something that was more impactful,” Gilmour said. So she started taking classes toward an MBA and a certificate in Global Health Studies at UAB. In August 2018, Gilmour quit her job to focus on her new career trajectory full time. Now her UAB coursework and interactions with faculty have accelerated her plans beyond all expectations. In March, Gilmour launched her own nonprofit. Its mission made such an impression on her mentor, adjunct professor Elizabeth Elliott, Ph.D., that Elliott agreed to join her board of directors. “I didn’t expect that we could be moving this quickly,” Gilmour said.

Gilmour is the founder and president of HUB (Healthcare Underserved Biomedical) Worldwide. Its goal is to take medical supplies and equipment that would have been discarded in Alabama, due to regulatory requirements or obsolescence, and ship them to medical facilities overseas. Along with equipment and supplies, Gilmour plans to send something just as valuable: training and education. She aims to teach men and women how to repair and service the donated equipment to create steady employment in the receiving communities. Meanwhile, clinics conducted by visiting medical staff will train recipient facilities on the latest techniques and guidelines for care.

“The world is full of discarded machines that can’t be used because there’s no supply chain for spare parts or people trained to fix them,” said Elliott, who teaches courses in Refugee Health and International NGO Management in the Global Health Studies program. (See related story.) A nurse by training, Elliott has extensive experience working in international settings. “What Laura is doing is really pathbreaking because she is including the training, setup, maintenance and repair as a professional job that would be paid for,” Elliott said. “That’s real development, as opposed to just relief.”

Other nonprofits are shipping medical supplies overseas, but none are working in Alabama, Gilmour said. The training and education components, which arose during discussions with Dr. Elliott and others who have worked extensively overseas, she explained, are unusual and possibly unique. 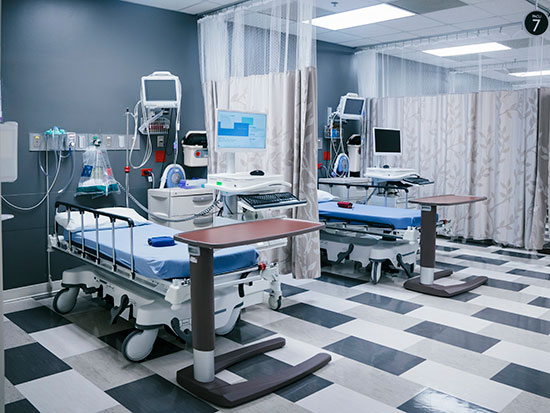 The world is full of discarded machines that can’t be used because there’s no supply chain for spare parts or people trained to fix them," said UAB faculty member Elizabeth Elliott. “What Laura is doing is really pathbreaking because she is including the training, setup, maintenance and repair as a professional job that would be paid for. That’s real development, as opposed to just relief.”Planning to succeed

Gilmour started in UAB’s online MBA program in the Collat School of Business while she was working in medical sales. Now that she isn’t on the road three days a week, she is taking her final classes in person. This semester she has particularly enjoyed Professor Kenneth Miller’s Strategic Management course, in which she and a group of classmates wrote a detailed business plan for a local company — experience that came in handy when it came time to construct a fiscally sound plan for HUB Worldwide. While the MBA courses have helped sharpen “my skillset to be an effective leader, mainly on the finance side,” Gilmour said, she has been learning practical lessons on the world of international nonprofits in the Global Health Studies program. Her interactions with Elliott online led to the chance to pick her professor’s brain about her nonprofit idea. “Dr. Elliott has been invaluable,” Gilmour said. “She’s really excited about this. She’s seen firsthand what the need is and she’s very aware of what the waste is here in the United States.”

The waste is generally not by choice, Gilmour explains. Joint Commission regulations mandate that hospitals, clinics and doctor’s offices remove expired and opened supplies from their shelves or face fines. And when a facility upgrades equipment, such as patient beds, there isn’t much of a resale market in the United States. Instead, most of these supplies and equipment end up in local landfills. By collecting and shipping supplies and equipment to countries where they will be put to good use, “hospitals decrease landfill costs and people here get a chance to be actively involved in helping others around the world,” Gilmour said. She already has received donations and is hoping to collect more supplies and equipment from local hospitals and health care providers. Once a solid base is established in Birmingham, HUB Worldwide plans to expand its efforts by working with hospitals and medical providers across the state.