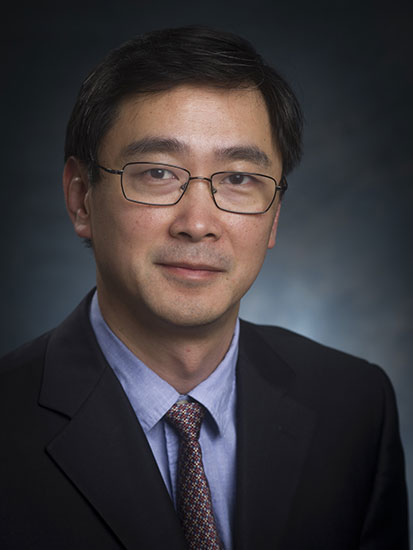 Jake Y. Chen, Ph.D., the associate director of the Informatics Institute in the Marnix E. Heersink School of Medicine at UAB, has been honored as a Distinguished Member of ACM, the Association for Computing Machinery, the world’s largest computer science organization. Chen is one of 63 ACM members honored in 2021 and the first ACM member in Alabama to be recognized in the “Outstanding Scientific Contributions to Computing.” Inductees are all longstanding ACM members who were selected by their peers for their contributions to technologies that are moving the computing field forward.

Chen is a professor in the departments of Computer Science, Genetics and Biomedical Engineering and a senior scientist in the O’Neal Comprehensive Cancer Center at UAB. Since the Distinguished Member award was introduced in 2006, less than 1 percent of ACM’s more than 100,000 active members have been recognized. The only other Alabama recipient is Auburn University’s retired professor James H. Cross II, Ph.D., who was honored in 2017 in the “Educational Contributions to Computing” category.

“Each year, we are excited to recognize a new class of ACM Distinguished Members for their professional achievements, as well as their longstanding membership with ACM,” said ACM President Gabriele Kotsis. “The Distinguished Members program is a way both to celebrate the trailblazing work of our members and to underscore how participation with a professional society enhances one’s career growth. This award category also emphasizes how ACM’s worldwide membership is the foundation of our organization.”

Chen’s research focus is in translational bioinformatics — the science of collecting, representing, storing, retrieving and processing data and knowledge for the improvement of human health. He is particularly interested in systems biology, data mining, advanced visual analytics for therapeutic discovery and clinical decision-making applications. He has published more than 130 peer-reviewed scientific papers and edited two bioinformatics books, “Biological Database Modeling” and “Biological Data Mining.” He is a frequent grant review panelist for the National Institutes of Health, National Science Foundation and Department of Defense in bioinformatics.

In February 2021, Chen was inducted to the American Institute for Medical and Biological Engineering College of Fellows for significant contributions to translational bioinformatics research that leads to innovative precision medicine software tools and drug discovery practice. AIMBE fellows are considered the country’s top 2 percent of biomedical engineers.