Chapman is a national voice for reforming ‘wasteland of the mind’ 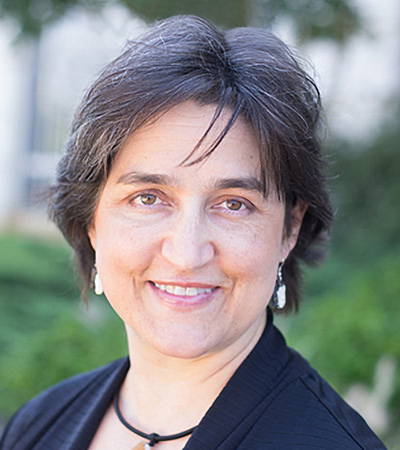 In addition to her scholarly and administrative activities, Alison Chapman, Ph.D, professor and chair of the Department of English, has spent more than a decade teaching and enriching the intellectual lives of inmates at the Donaldson Correctional Facility.

Chapman, considered a leading voice in the national call for reform of the “wasteland of the mind” and “routine despair and brutality of maximum security life,” will be awarded the Odessa Woolfolk Community Service Award during this year’s Faculty Convocation Sept. 12. The award, named for longtime Birmingham educator and civic activist Odessa Woolfolk, recognizes faculty who have rendered outstanding service to the UAB community.

Recent bipartisan movement toward prison reform makes Chapman’s work especially timely and her expertise in demand. “Not only has Alison provided educational services far beyond any expectations that UAB might have, she has also tirelessly provided care for, and promoted the human rights of, the prisoners she has served,” said English Professor Rebecca Bach, Ph.D. “Through her work coordinating the UAB/Donaldson Lecture Series, she has also brought needed publicity to what is arguably one of the most failures of the U.S. system — the perpetual incarceration and maltreatment of men, especially African-American men.”

Chapman, a Birmingham native, came to UAB as an assistant professor in 2006, specializing in early modern literature and culture. Her research focuses on the cultural effects of the English Reformation, and she has published in the leading academic journals in her field, including “The Oxford Encyclopaedia of British Literature.” In 2010, she won the UAB Excellence in Teaching Award.

In 2006, she began a dual role at the maximum security prison: teaching a volunteer literature class for inmates and quickly taking over as coordinator of the UAB/Donaldson Lecture Series begun 28 years ago by Ada Long, Ph.D., founder of UAB’s Honors Program.

Chapman modified the series to include lectures from the medical side of campus and then a spectrum of guest lecturers campuswide, speaking on issues as far ranging as HIV, neurology, diabetes, infectious diseases, Antarctic exploration and more.

At the inmates’ request, Chapman’s literature classes grew to include one of her passions, Milton’s “Paradise Lost” and other classics ranging from Greek, Roman Medieval writers through the Renaissance and Enlightenment and into the world of novels, including “Robinson Crusoe,” “Pride and Prejudice” and “Great Expectations.”

Throughout her tenure as coordinator, which recently ended, she wrote essays, gave speeches and delivered conference papers on the necessity of educational opportunities in the prison system and prison reform. She sat on a WBHM panel on Alabama prisons, arguing that education is a fundamental human right, and joined in numerous discussion with supporters, including the founder of the Georgia State Prions Initiative.

She also was featured in a 2015 documentary, The Prison’s Professors, produced by Beth Shelburne, a reporter with WIAT Channel 42 in Birmingham and a master’s student in Chapman’s department.

Endowed University Professor of Polar and Marine Biology Jim McClintock, Ph.D., both the 2015 Woolfolk award recipient and a lecturer in the prison series, said Chapman’s work has made fundamental and lasting contributions to our community.

“Alison's good works provide a significant contribution to the public perception of a university that cares about its place in the community, a place where a dedicated faculty can reach out to the embattled and underserved,” McClintock said.

More so, “she has reached out and touched the souls of those imprisoned in ways that reduce the internal stress of prison life that so often leads to violence and abuse.”