Despite his high-octane role, colleagues have ‘yet to see Dillard sweat’ 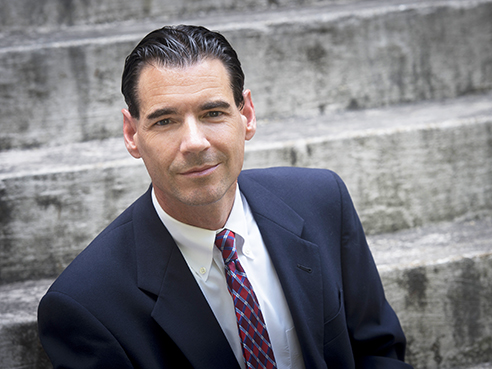 Tucker Dillard, executive writer in University RelationsWhen Tucker Dillard joined UAB 19 years ago, his job description was relatively simple: He was the speechwriter for then-President Ann Reynolds, a position housed in what was then the Office of Public Relations and Marketing. But as new forms of media became available and the university grew, so did Dillard’s role, evolving from speechwriter into a jack-of-all-trades executive communicator.

As his responsibilities have grown, so has Dillard’s to-do list. His skill, flexibility and positive attitude are among the reasons Dillard was selected to be UAB’s Employee of the Month for July.

“It’s been exciting to have the opportunity to write in different media and for additional senior leaders. As my role has expanded, so has the volume of pieces I research and write,” Dillard said. The scope has challenged him to become even more organized and proficient — something that his colleagues in the Office of the President, with whom he works closely, say are some of his best qualities.

“[Dillard] possesses the skill and the ability to handle multiple projects — a necessary element when performing writing duties for so many events — and the unique ability to find the voice of the individual for whom he is writing,” said Kirsten Burdick, director of executive affairs and board liaison in the Office of the President.

Dillard says that ability to juggle numerous projects at once means he must be organized and task-focused at all times, not to mention “agile when the pace picks up and composed if a curveball comes my way.” The best solution for him, he says, is to go analog.

“I keep this old-school monthly planner on my desk — in addition to my Outlook calendar — and jot down every executive speaking engagement and any other deadlines,” he said. “For some reason, seeing the week or month laid out in longhand, linear fashion helps me budget my time better and make any adjustments on the fly.”

He also is an early riser, he adds.

“I’m a complete early bird. I like to start in the early morning and get a lot of writing done ahead of any calls, emails or meetings. All this helps me stay ahead of the game — most of the time.”

Those early mornings and full calendars are enough to make anyone stressed, says Josh Carter, Ph.D., administrative director in the Office of the President, but Dillard never seems to crack under that pressure.

“His warm personality and positive attitude make him a joy to work with,” Carter said. “He often has to manage multiple writing assignments for the president and provost — which would make many people anxious and snippy — but I have yet to see Tucker sweat under such pressures. He is well-regarded for his tremendous work ethic and dedication to achieving excellence.”

Dillard says he relies heavily on his colleagues to help him produce thorough, accurate and engaging communications on a tight timetable — he benefits from the research and content created by University Relations co-workers and other campus communicators, whether that’s written stories, graphic design, videos or social media content. Plus, he says the positive workplace at UAB helps him remain focused and productive amid pressing deadlines.

“I feel fortunate to work in a place where people are so thoughtful and pleasant, which makes all of us happier and more productive in our work,” Dillard continued. “No real secret to that — just the old golden rule. Do unto others, even if you’re having a hectic day.”

One of Dillard’s most treasured memories from his time at UAB was the opportunity to prepare Watts’ keynote address  for the 2018 Newcomen Society of Alabama Banquet at Birmingham’s The Club. The Newcomen Society promotes and celebrates entrepreneurialism, innovation and free enterprise, and UAB was recognized as a significant force contributing to Birmingham. UAB was honored by the society once prior in 1971, when UAB’s first president, Joseph Volker, delivered the keynote address.

The words Dillard composed were appreciated and well-received, Benoit said. The room was full of influential leaders, and Benoit says the presentation Dillard prepared for Watts was “a masterpiece.”

“Tucker was able to combine the history of UAB with the positive growth and spirit of UAB in the present,” Benoit said. “After the president’s remarks, I heard several audience-members say they never realized the many accomplishments of UAB.”

Dillard added that it wouldn’t have been possible without his UR colleagues, the president’s office, UAB Archives and UAB Events team, among others — plus Watts’ close involvement in the drafting process and skillful delivery of the speech.

“It was historic because here, on the cusp of UAB’s 50th anniversary year, we were being honored again with Dr. Watts delivering the keynote,” he continued. “That event was collaboration at its finest and, I’d have to say, the pinnacle of my UAB career so far.” 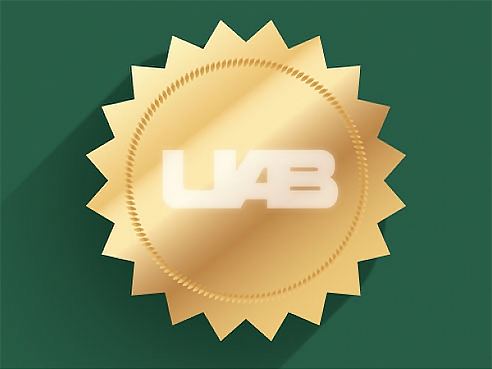 Each month, UAB recognizes an outstanding employee for their dedication, hard work and contributions to the university’s success. If you know of a great employee, you can learn how to nominate them for this recognition at uab.edu/humanresources.