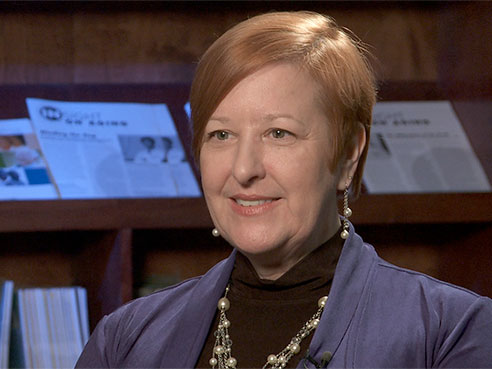 Cynthia J. Brown, M.D., has been named the director of UAB's Division of Gerontology, Geriatrics and Palliative Care and its Comprehensive Center for Healthy Aging.

"Under Dr. Brown’s leadership, the division is well-poised to achieve the growth of its research programs, the maintenance of outstanding educational programs and the further development of clinical programs to provide exemplary care to aging individuals and our patients with advanced or life-threatening illness,” said Seth Landefeld, M.D., chair of the UAB Department of Medicine.

Brown, who joined UAB's faculty in 2003, is supported by more than $2 million in federal grants, and her research to improve mobility in hospitalized elders has won national acclaim, including the 2013 Outstanding Scientific Achievement for Clinical Investigation Award from the American Geriatrics Society.

She also is the lead investigator of the federally funded UAB Geriatrics Education Center.

Brown succeeds Richard Allman, M.D., in both posts. Allman, an internationally renowned leader in aging issues, has accepted a position as chief consultant for Geriatrics and Extended Care Services for the U.S. Department of Veterans Affairs.