Three faculty were appointed to endowed professorships in psychiatry, dentistry and ophthalmology during the Sept. 19 meeting of the University of Alabama System Board of Trustees: Adrienne C. Lahti, Perng-Ru Liu and Russell W. Read. 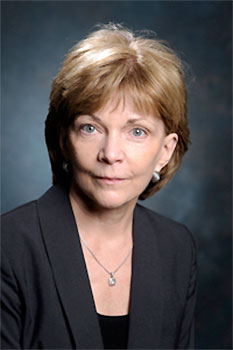 Adrienne C. Lahti, M.D., was awarded the Patrick H. Linton Professorship in Psychiatry in the School of Medicine Department of Psychiatry and Behavioral Neurobiology. Lahti is internationally respected for her pioneering research on the causes of and treatments for schizophrenia, an especially severe mental illness typically treated in the public sector.

Dr. Lahti was selected for her demonstrated commitment to patients with serious mental illnesses and/or problems with substance abuse, a history of service to public sector patients, leadership in community service and in administrative and political arenas vital to ensure care for public sector patients.

Lahti joined UAB in 2006 as an associate professor of psychiatry and behavioral neurobiology. She was promoted to the rank of professor in 2010 and also has secondary appointments in the College of Arts and Sciences and School of Engineering. Lahti has been appointed to numerous leadership positions since joining UAB, including director of the Division of Behavioral Neurobiology, the Psychiatry Residency Research Track and the First Episode Psychosis Clinic.

She has been the recipient of numerous honors including awards from the Graduate Dean’s Award for Excellence in Mentorship and Outstanding Faculty Teacher, UAB Department of Psychiatry. 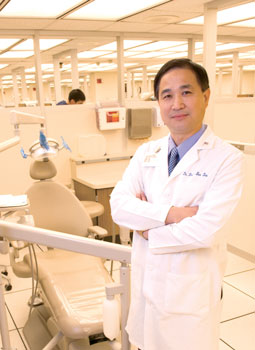 Perng-Ru Liu, DMD, DDS, was named the inaugural holder of the Thomas P. Hinman Dental Meeting Endowed Professorship in Comprehensive Dentistry in the School of Dentistry Department of Restorative Sciences.

Liu is a leader in oral health care dedicated to advancing comprehensive dentistry, providing high-quality patient care and promoting outstanding research and education. His clinical research interests have been focused on the restorative phases of several dental implant systems and in vivo evaluations of the various esthetic restorative systems.

Liu, a dedicated instructor, teaches courses throughout the four-year dental curriculum and the residency programs, and he received the UAB President’s Award for Excellence in Teaching in 1997 and 2005. 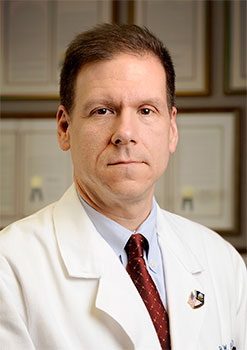 Russell W. Read, M.D., Ph.D., was named the inaugural holder of the Max and Lorayne Cooper Endowed Professorship in Ophthalmology Residency Training, which the board approved during its February meeting.

Read is an internationally known expert ophthalmologist with special expertise in ocular immunology and inflammatory diseases of the eye and a widely regarded educator in ophthalmology. He was recruited to UAB in 2000 as assistant professor and rose through the academic ranks to professor, assuming the role of residency program director in 2008 and director of education in 2012. He has been named among the Best Doctors in America and is the recipient of a Research to Prevent Blindness Physician Scientist Award.

He is a member of numerous professional organizations, including the American Uveitis Society, American Academy of Ophthalmology, International Uveitis Study Group, International Ocular Inflammation Society, Alpha Omega Alpha, American Medical Association, Medical Association of the State of Alabama and Alabama Academy of Ophthalmology, for which he is a director.

Read received his medical degree UAB in 1994 and completed his residency at the University of Washington in Seattle. He completed dual fellowships in uveitis/ocular inflammatory diseases and ophthalmic pathology at the Doheny Eye Institute/Keck School of Medicine of USC and received a doctorate in microbiology from UAB in 2007.