Volunteering brings more gifts of friendship than it costs in time, Merchant says 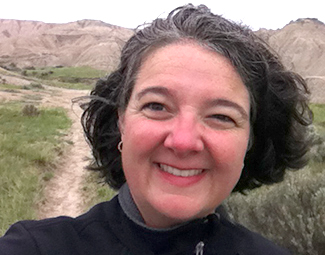 Jeanne Merchant got involved at her son’s school to show her appreciation.

“I love that I can send my kids to a wonderful public school,” said Merchant, a program manager in the Department of Epidemiology. “I felt I needed to give back and show my appreciation to the wonderful teachers who have had such a profound impact on my sons' lives.”

Merchant is one of five UAB employees we’re spotlighting during National Volunteer Week to inspire, recognize and encourage people to seek out imaginative ways to contribute in their communities. It’s needed now more than ever. Data from the Bureau of Labor Statistics reveals barely one in four people did volunteer work in 2013, and rates were less than one in five among those ages 20-24.

“I was asked to consider accepting the role of president, which I did with hesitation, to be honest,” Merchant said. “Although it has been tremendously time-consuming, it has brought me more gifts of friendship than it has cost me in time.”

Her roles within the organization include organizing meetings, working with administrators, organizing the annual Fall Festival and answering questions from parents.

“I have a great relationship with the staff at the school, and I have learned a lot about positive leadership by knowing them,” Merchant said. “I would encourage anyone to consider volunteering their time. A world of friends, peers and partners awaits.”

We want to inspire and encourage people to seek out imaginative ways to use their time and talents to serve others and celebrate the service of those who do. Tell us your story.