In fiscal year 2019, UAB researchers received a record $602 million in grants and contracts, marking a second year of double-digit percentage growth in funding. That productivity has carried into 2020, and you can follow along — every Tuesday, Research Administration releases a list of the grants and contracts awarded the previous week (BlazerID required).

In this new series, we’re spotlighting new or re-funded projects to offer a window into the groundbreaking, lifesaving work done by our colleagues around campus.

This week, we’re taking a look at the latest round of funding for UAB’s coolest makers: the Engineering and Innovative Technology Development group.

Funding: $716,402 from the National Aeronautics & Space Administration, part of a five-year contract not to exceed $50 million

Since the mid 2000s, UAB has been the place to be for anyone interested in cold stowage. That is NASA’s term for cooling technologies sent into space and today used principally on the International Space Station. The Engineering and Innovative Technology Development group builds unique devices capable of keeping scientific samples in suspended animation from the launch pad all the way until they return to earth. “As soon as an experiment is done the materials start to degrade,” Moradi said. Often, the astronaut-scientists aboard the ISS “need to freeze the samples they are working with in seconds,” so the EITD team built Rapid Freeze, which can cool samples from room temperature to -60 degrees Celsius in one minute and reach a low of -190 degrees celsius.

EITD's devices don't all reach such extremes. MERLIN, for example, is an incubator/freezer that can cool to -20 degrees Celsius or warm to +48.5 degrees Celsius (see a full list of EITD's devices below). The UAB cold stowage devices also keep astronauts supplied with perishable food and chilled drinks. “We’ve flown everything from plants to bodily fluids to ice cream,” Moradi said.

In its latest five-year contract cycle, NASA doubled EITD’s cap to $50 million, reflecting a growing need for cold stowage on the ISS. The current $716,000-plus award is simply the latest installment in that ongoing partnership, Moradi explained; final billings for this cycle should be in the $40 million range.

Those funds pay for devices that are the absolute state of the art — super-efficient chilling machines that reach minus–80 degrees Celsius while drawing the power of a household light bulb. There are currently around 20 of EITD’s four types of cold stowage devices on the ISS. The EITD team keeps watch on those devices around the clock in a mission control center permanently linked to the space station.

“They have to be lightweight, handle the launch and vibration loads, be very efficient and very quiet,” said Rob Rouleau, associate director of the EITD. “The station is full of hardware that can generate noise and we don’t want to drive the astronauts crazy.” To be sure that doesn’t happen, the EITD team has an anechoic chamber where they carefully measure the decibels produced by their devices. Each part of the complex machines, which are hand-assembled by members of EITD’s 37-person team, must have its provenance traced every step of the way. “Everything is electronic now, but if you printed it out the documentation on any one of these it would be several feet thick,” Moradi said.

The team’s latest project is Iceberg, a large-capacity freezer designed to run indefinitely on the space station. EITD refinements allowed them to deliver NASA their largest storage capacity at a lower cost. The team also is now turning its attention to NASA’s planned Artemis manned mission to the Moon and beyond.

“We are hybrid engineers and scientists,” Moradi explained. “We are advancing technology, but we have to stick to a strict schedule. These flights won’t wait.”

Read the next article in this series 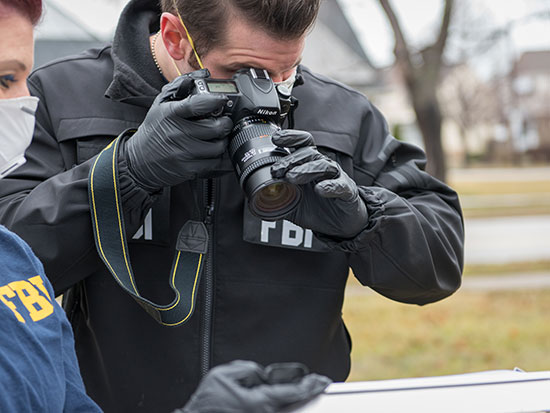 Discoveries on deck: Blocking fentanyl at the source

UAB researchers are disrupting online sales of fentanyl, a high-powered synthetic narcotic that is a major contributor to the record 47,600 opioid drug-overdose deaths in 2017 (the latest data available).