As coronavirus dashboards enthrall millions, a mapping guru reflects on the power of visualization

Unless you have been practicing media distancing lately, in addition to social distancing, you’ve probably seen the COVID–19 Map from Johns Hopkins University. This interactive dashboard, with its characteristic black background, overlays cases of the novel coronavirus on a world map and also tallies deaths and recoveries by country. It has been used as a backdrop for national briefings from members of the White House Coronavirus Task Force and has generated hundreds of millions of visits from members of the public worldwide. Similar COVID–19 dashboards have been created by federal and state agencies (see the Alabama Department of Public Health’s dashboard here), news media, universities and individuals.

It’s safe to say that data visualization has never had such a spotlight, which is both exciting and slightly weird for longtime professional mappers such as Ariann Nassel, director of Geospatial Data Visualization in UAB’s Lister Hill Center for Health Policy. Nassel has been following the evolution of the Johns Hopkins map since it debuted in the third week of January. Never mind that she was on a vacation in Ireland at the time; Nassel found herself continually checking the site on her phone and sharing screenshots with fellow mappers at other universities. “I grew addicted to it,” she said. “I wonder if it is leading people to think geographically a little bit more. I hope so.”

About two weeks ago, however, Nassel switched her attention to another COVID–19 dashboard. This one was the work of 17-year-old Avi Schiffman, a 17-year-old from Washington State. The key moment was when the coronavirus began to spread rapidly in the United States, Nassel said. Schiffman’s dashboard has tables of numbers rather than a world map as its centerpiece. Its neat, color-coded rows by state allow visitors to the rate of change of confirmed cases, deaths, recoveries and serious cases at a glance. “It just shows that a single visualization doesn’t meet every purpose and the best way to visualize data can evolve over time,” Nassel said. 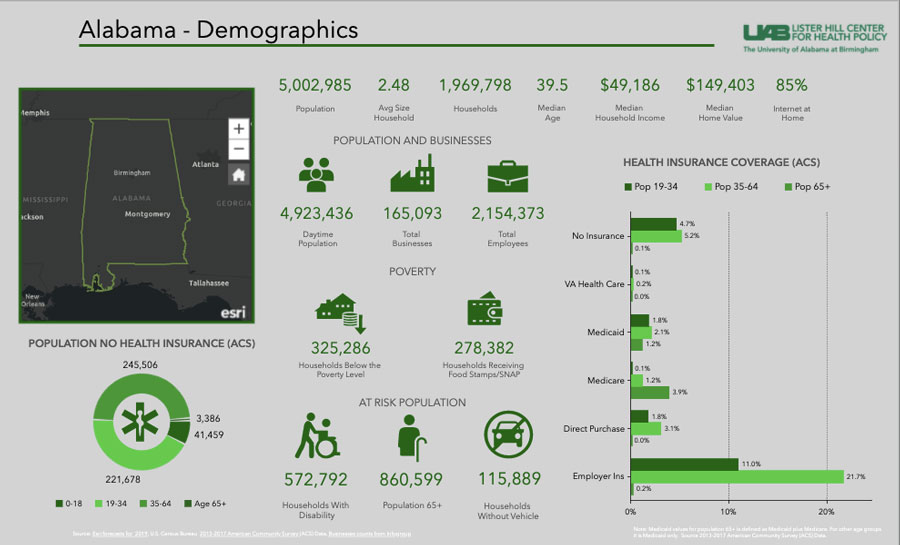 Maps on the march

Visualizations may be having a big moment with COVID–19, but researchers have been increasingly asking for her support with mapping their datasets over the past few years, Nassel said. In addition to her research work, Nassel teaches a course in spatial analysis in the Department of Criminal Justice, and the Lister Hill Center for Health Policy is considering creating student internships focused on mapping, policy and infographics, she said. 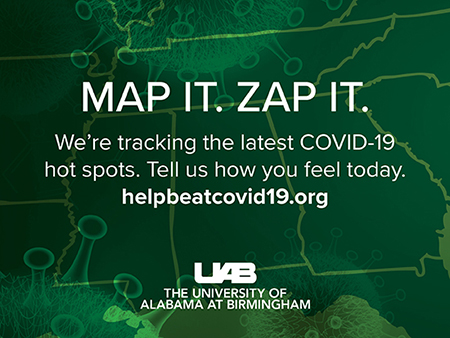 “I’m thrilled at the amount of people who are really recognizing the power of visualizing the location of their health data to understand the relationship between health and place as well as spatial patterns within their data,” Nassel said.

Nassel is a funded investigator or co-investigator on nine different grants with collaborators in the College of Arts and Sciences, School of Medicine, School of Dentistry and School of Public Health. Health researchers “have been fascinated to look at the prevalence of patterns of illness depending on where patients live,” Nassel said. 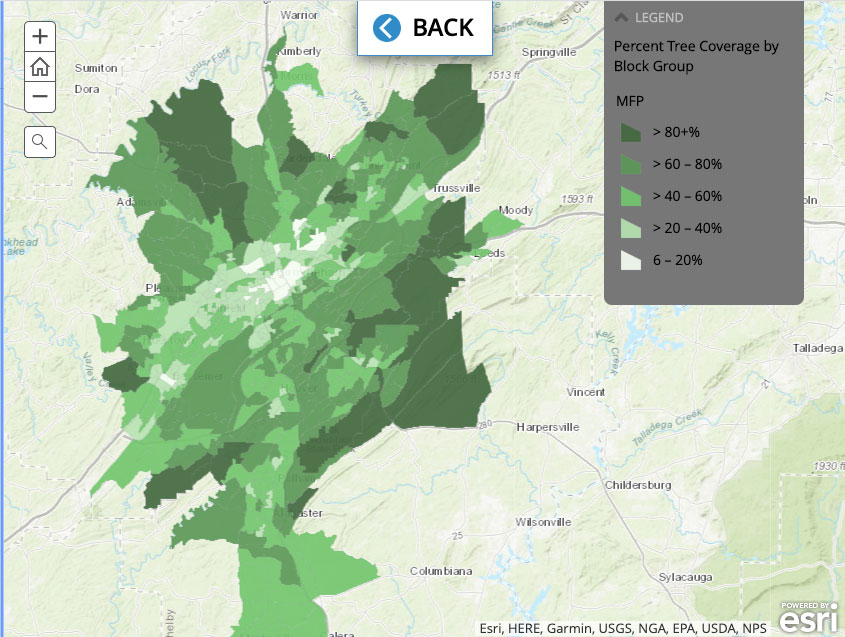 Screenshot of a map showing tree cover in Birmingham that Nassel created for a project between the Lister Hill Center and the Nature Conservancy of Alabama.

The forest and the trees

Her current projects include mapping: 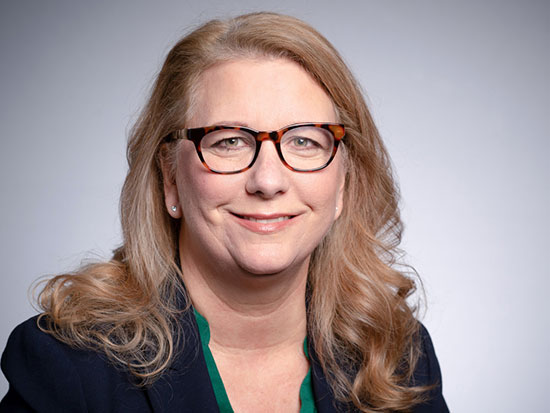 Nassel’s projects nearly all involve linking numbers to maps in some way, but within that framework there is nearly infinite variety. One day she may find herself plotting tree cover across Birmingham’s 99 neighborhoods for a Lister Hill Center for Health Policy collaboration with the Nature Conservancy of Alabama. The next day she might be pinpointing the practice locations of dentists around the state.

Geospatial visualizations involve more than marking dots on a map. “You can have a hotspot of asthma patients in Jefferson County and comparatively few in Wilcox County, for example, but that’s potentially because there are more than half a million people living here compared to a little more than 10,000 in Wilcox,” Nassel said. Cluster analysis and spatial analysis techniques allow Nassel and co-investigators to pull out statistically significant patterns from background noise.

Nassel worked with faculty at the School of Dentistry to map the locations of oral health care providers across Alabama with this interactive project.

‘It screams at you’

The dentist project was commissioned by the UAB School of Dentistry with funding from the federal Health Resources and Services Administration. “Their idea was to inform graduating dental students, and others, about the distribution of dentists in the state,” said Nassel, who worked with Dentistry faculty members Conan Davis, DMD, and Stuart Lockwood, DMD, on the project. The  distribution of oral health care providers is not necessarily a hot topic, but it is actually an impending disaster, Nassel said — tooth pain is one of the leading causes of school absenteeism, for instance. “It’s a very big deal,” she said. “And it just becomes extremely obvious the moment you look at it on a map. In Alabama the majority of dentists are in urban areas while some rural counties may have only one. The goal of this interactive, web-based map is to inform graduating dental students, ‘These are the places that can really, really use you,’" Nassel said.

“That’s what a good visualization does — it screams at you.”

Enhancing UAB’s institutional culture of collaboration and innovation is a strategic objective of Forging the Future, the university’s strategic plan. Congratulations to Ariann Nassel and the Lister Hill Center for Public Health Policy for advancing this objective.