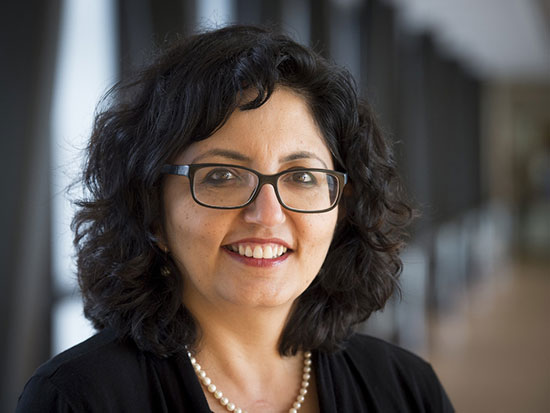 Smita Bhatia, M.D.A new study examining long-term outcomes of blood or marrow transplantation (BMT) found that patients who received total body irradiation (TBI) at age 30 or younger had a 4.5-fold increase in their risk of developing breast cancer later in life compared with the general population. The research, published in the Journal of Clinical Oncology on July 16, 2020, also found increased risk of breast cancer among women exposed to alkylating agents and anthracyclines as part of BMT.

“As a result of this study, we will be recommending that those transplanted at ages less than 30 years with TBI receive screening with mammography and breast MRI for early detection of breast cancer,” said Smita Bhatia, M.D., senior author of the study and director of the Institute for Cancer Outcomes and Survivorship and a senior scientist in the O’Neal Comprehensive Cancer Center at the University of Alabama at Birmingham.

"We plan to further study how different aspects of TBI dose and delivery technique are related to secondary cancers,” said Andrew McDonald, M.D., assistant professor in the Department of Radiation Oncology and first author of the study. “Our long-term goal is to improve treatment techniques for future patients undergoing BMT as part of their cancer care."

This research was based on the BMT Survivor Study, which is enrolling more than 10,000 patients from the UAB, City of Hope and the University of Minnesota medical centers who underwent transplantation between 1974 and 2014 and survived for at least two years. Survival rates after BMT have been improving at the rate of 10% per decade, Bhatia said. But these BMT survivors are “uniquely vulnerable to long-term health problems,” she said. 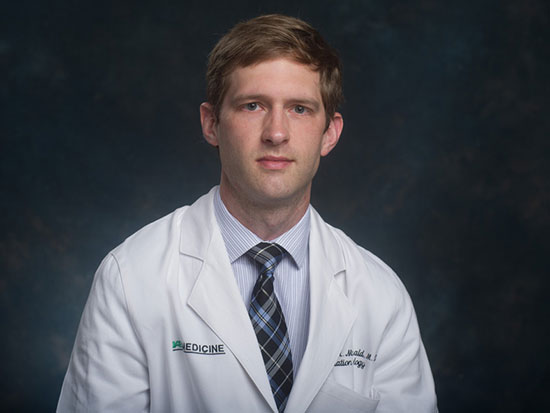 Andrew McDonald, M.D.Some 23,000 patients received BMT in the United States in 2018, according to the latest figures from the Center for International Blood & Marrow Transplant Research. These are mainly patients with blood cancers such as leukemia, myeloma or lymphoma that are progressing or who have a high risk of relapse. Total body irradiation and chemotherapeutic exposures such as alkylating agents and anthracyclines are used to prepare the patient for BMT.

“About 50% of [BMT] transplant patients overall receive total body irradiation, including a higher proportion of those patients who are younger,” Bhatia said. The decision whether or not to use TBI as part of BMT “is based on the primary cancer that is being treated and the type of transplant that is performed,” she noted. “TBI is used more often among those who receive transplants from their siblings or unrelated donors — known as allogeneic transplant — as compared to when they receive transplants from their own stem cells, known as autologous transplant.”

Bhatia’s institute is particularly interested in identifying predictive traits of cancer survivors at higher risk for long-term problems that could enable health care providers to tailor screenings and other interventions to these populations.

One under-studied outcome in BMT survivors is the magnitude of risk of breast cancer among women treated with TBI across all ages, Bhatia said. Early detection is known to improve breast-cancer outcomes and data on the women at highest risk to develop radiation-related breast cancer would allow health providers to screen these women at earlier ages.

Women who had a history of breast cancer before BMT, chest radiation before BMT or a mastectomy before BMT were not included in the study cohort. The researchers studied a total of 1,464 female BMT survivors — 788 who had allogeneic transplants and 676 who had autologous transplants. TBI was used in 46% (660) of these patients. The median length of follow-up was 9.3 years. The most common diagnoses were acute myeloid leukemia or myelodysplastic syndrome (27.5%), non-Hodgkin lymphoma (23.3%), plasma cell dyscrasias (18%), and chronic myelogenous leukemia (10.3%).

The researchers did not “observe a relationship between TBI dose and the risk of subsequent breast cancer in this study,” they write. “But the distribution of TBI doses used for the women included in this study was narrow, and additional research is needed to determine if a dose-response relationship between TBI and subsequent breast cancer exists.”