Cells may contain thousands of energy-generating mitochondria (show in green in the NIH micrograph image above). A new technology developed by UAB researchers targets mitochondria in cancer cells.Cancer succeeds by subverting cellular machinery toward its single-minded mission: grow at all costs. Tumors switch off the body's immune defenses, jam cell division cycles into permanent overdrive and release signals to attract new blood vessels carrying the oxygen and nutrients they require, among many other mutations that are beneficial to the tumor.

A new technology developed by UAB researchers fights back using a spectacular trick of its own. The scientists start with lab-grown versions of exosomes, the intercellular cargo-carriers that nearly all human cells use to exchange proteins and genetic information. These special exosomes are tagged with a lab-made antibody that is engineered to seek out cancer cells. 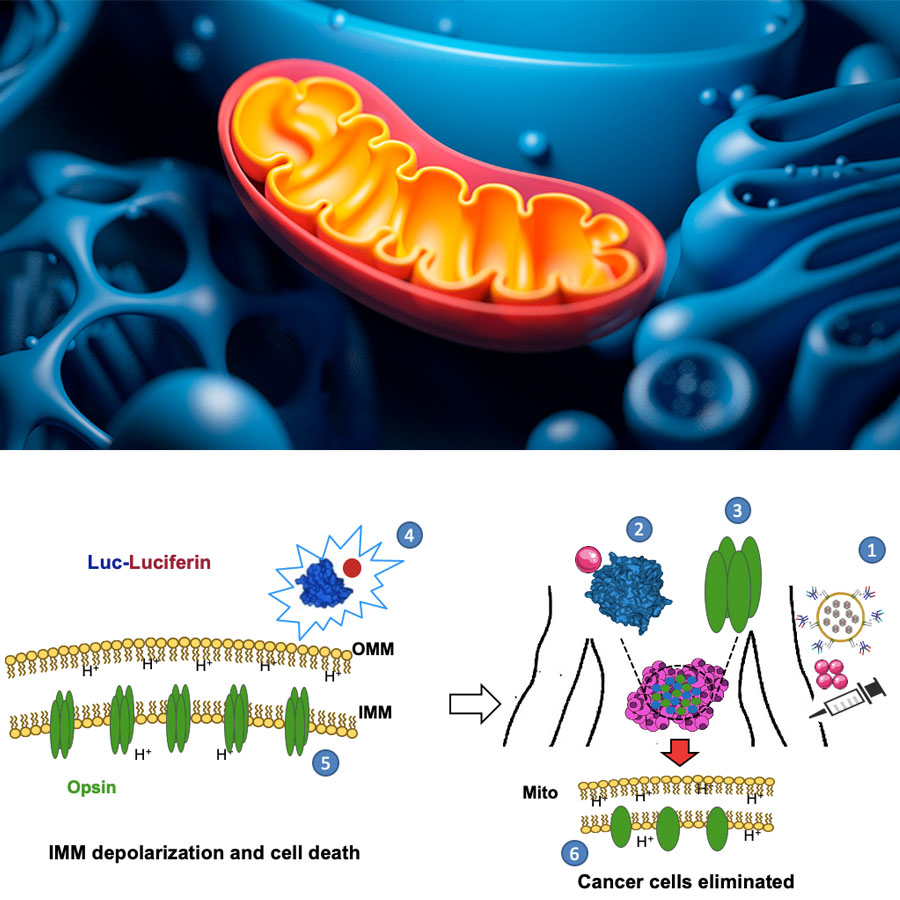 The mLumiOpto system developed by UAB researchers uses an antibody-tagged exosome delivery system (No. 1 in the illustration above) that targets cancer cells. Once it arrives at a cancer cell, the system delivers two genes. One produces a fluorescent protein (No. 2 in the illustration); the other produces light-sensitive channels (No. 3) in the inner mitochondrial membrane (labeled IMM in the illustration, and the inner layer in the rendering of a mitochondrion at top). When both genes are in place, the fluorescent light (No. 4) causes the channels in the inner mitochondrial membrane to open (No. 5), allowing hydrogen ions (H+ in both figures). This membrane depolarization brings about cell death. Illustration courtesy Dr. Liu.


The clever system, called mitochondrial luminoptogenetics, or mLumiOpto for short, is the result of a years-long collaboration between the labs of Lufang Zhou, Ph.D., associate professor in the Department of Medicine's Division of Cardiovascular Disease, and X. Margaret Liu, Ph.D., associate professor in the Department of Biomedical Engineering. In addition to depolarizing the mitochondrial inner membrane, "this technology also causes DNA damage in cancer cells and inhibits cancer cell proliferation," Liu said. "It can bypass drug resistance, effectively kill cancer cells in vivo and can be easily adapted to treat multiple cancer types." 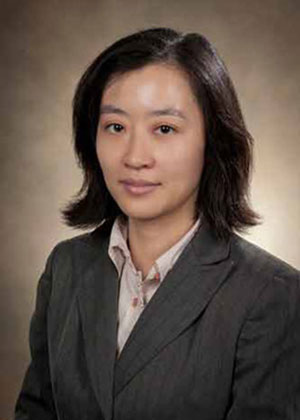 X. Margaret Liu, Ph.D.This includes tumors that are particularly difficult to treat using current therapies, including neuroendocrine cancer, triple-negative breast cancer and brain tumors such as glioblastoma multiforme. "We are collaborating with Dr. Herbert Chen from the Department of Surgery and Dr. Eddy Yang from the Department of Radiation Oncology to fully investigate the therapeutic efficacy of this targeted mitochondrial gene therapy," Liu said.

The technology was designed to answer basic research questions and provide a potential new way to treat hard-to-access cancers. Mitochondrial dysfunction contributes to a number of diseases, including cancer, diabetes and heart failure, a primary interest of Zhou's lab. Zhou is the primary inventor of the mitochondrial optogenetic technology. As explained in a 2019 paper in Biophysical Journal, the technology allows scientists to gain a better understanding of the inner mitochondrial membrane potential, which is crucial to normal mitochondrial functioning. Zhou, Liu and colleagues demonstrated in that paper that they could control the fate of lab-grown cells using blue LEDs. But a patient-ready treatment would require an internal light source and a highly specific delivery system.

Liu's lab developed the delivery system, which they described in a July 2020 paper in Cancer Gene Therapy, Anti-SSTR2 antibody-drug conjugate for neuroendocrine tumor therapy, and a 2019 paper in Biotechnology Journal, Targeted exosomes for drug delivery: biomanufacturing, surface tagging, and validation. Their unique antibody targets two extracellular domains of somatostatin receptor 2 (SSTR2), which is already successfully targeted by the existing synthetic hormone drugs octreotide and lanreotide. Membrane expression of SSTR2 is 20-fold higher in neuroendocrine tumor cells than in normal cells, Liu and co-authors point out in their Cancer Gene Therapy paper. Antibody-tagged exosomes can be highly specific to cancer cells, minimizing side-effects, and remaining in the bloodstream long enough to have a therapeutic effect while carrying a payload such as the mLumiOpto. Once an antibody-exosome delivered therapy binds to a cell receptor, it is internalized into the cell. 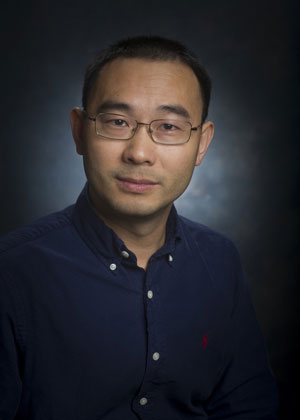 Lufang Zhou, Ph.D.Liu and Zhou are now preparing a manuscript on their bioluminescent light source to activate ChR2 and mitochondrial depolarization. The mLumiOpto technology, which combines these advances, is protected intellectual property filed by UAB's Harbert Institute for Innovation and Entrepreneurship in May 2019.

Meanwhile, the researchers are collaborating with Joseph Garner, Ph.D., CEO of Birmingham-based biotech company Technology Commercialization Partners, to commercialize their discovery. In 2020, they received a Small Business Innovation Research grant from the National Cancer Institute to develop a biomanufacturing process for the novel anti-SSTR2 monoclonal antibody that is tagged to exosomes-associated adeno-associated virus to target delivery of their two genes to mitochondria in cancer cells.

"We just received a research award from the Department of Defense to advance this technology as a targeted therapy for breast-cancer treatment,” Liu said. “We are still actively seeking more external funds to further evaluate the therapy and expand its application. Hopefully this new therapy could benefit many cancer patients in the future."