3 questions you need to answer about accountability 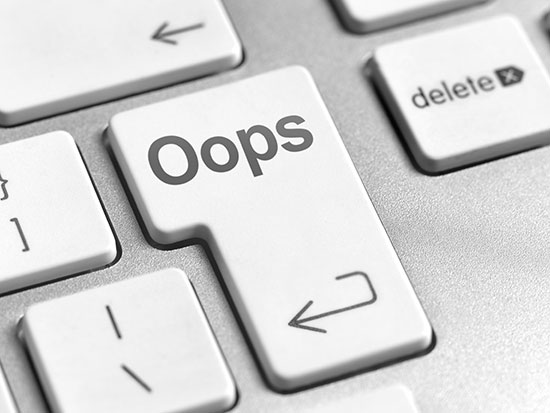 Philosopher Matt King, Ph.D., spends a lot of time thinking about puzzling aspects of human behavior — and helping his students think about how to think about these issues.

Most of his work is on theories of responsibility, or “what it is to be responsible and what is involved in holding each other responsible,” said King, an associate professor in the Department of Philosophy.

Accountability is one of UAB’s seven shared values, so who better than King to help us think through the philosophical and practical questions involved in living out that value day to day?

1. What do you mean, accountability?

“In our philosophy classes, whenever we are talking about any term, whether it’s ambiguous or not, we first try to fix what the term means,” King said. This is a staple of most philosophy papers, he added. “Somewhere at the beginning they will say, ‘I’m going to talk about X, and by X I mean this…’ One thing we want to avoid is talking past one another.”

When people talk about accountability, “there are two related sorts of ideas we may have in mind,” King said. “Sometimes we just mean that you can count on a person; if we say someone is a really responsible student, we are saying they can be relied upon to fulfill their obligations. But we may also have another idea in mind: that of holding each other responsible for our actions.” It is also possible to mean both at the same time. “The way we use the word tends to presume a three-place relation,” King said. “You [the first place] are accountable for something, but you are also accountable to other people.” (See box, “The Three As.”) 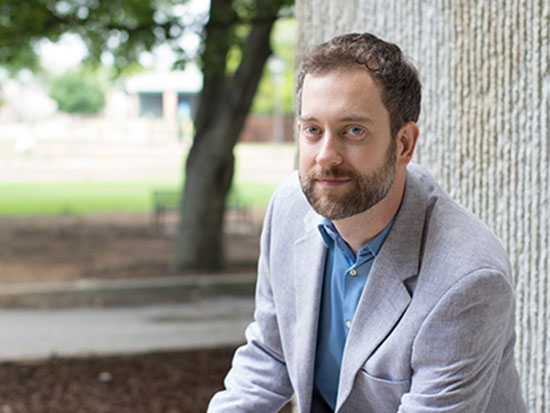 Philosopher Matt King, Ph.D.2. What does UAB say about accountability?

Institutions, such as UAB, have the benefit of being able to carefully delineate the obligations that employees must fulfill, King points out.

Employees are bound by the UAB Enterprise Code of Conduct, which says:

The document goes on to specify that each community member is expected to “be personally accountable” for their actions “and admit mistakes when they occur.”

At the unit or workgroup level, employees have job descriptions that spell out their obligations in detail. But, in the context of your role, what does it mean to be “answerable to each other,” which is how the Shared Values document elaborates on the meaning of accountability?

Supervisors can help employees understand the appropriate response to that question in the context of their job roles — or it could make a great topic of conversation for an all-hands meeting (see below).

“There is this intuitive sense that some things are other people’s business and some things aren’t,” King said. In the workplace, this may come out in the phrase “stay in your lane,” he noted. “We have these kinds of informal and vague understandings of how we might relate to one another, but even amongst these categories — co-worker, acquaintance, friend — there is a lot of variability in the ways in which we navigate these relationships.”

Joseph Grenny, co-author of the book Crucial Conversations, observes that in his experience you can get a good idea of the health of a team by measuring the average lag time between identifying and discussing problems. One common barrier: the boundaries aren’t clear.

Having an explicit discussion of what is “in lane” and “out of lane” can establish shared expectations in your workplace. In other words, remove ambiguity by explicitly discussing expectations as a team.

Leadership author Lee Colvin recommends improving accountability by setting specific expectations, consequences and language around all actions in the workplace — and to make sure that a single person is accountable for each action to avoid “two-headed monsters.”

In the philosophical literature on responsibility, “it’s very in vogue these days to distinguish between three kinds of relations,” King said. “They each start with ‘A,’ which is meant to be catchy in its own way.”

Two of these As are included in UAB’s shared value of accountability, which is summarized like this: “We are answerable to each other and act with the best interests of the university in mind.”

What are the shades of meaning here? King sheds some light:

Attributability “is a way of being responsible for things, whether they are wrong actions or works of art you’ve created, such that you are appraisable for them,” King said. “Those things, unlike accidental spills or high blood pressure, are attributable to you in a way that informs what kind of person (or artist) you are.”

Answerability is a way of being responsible for something insofar as you can be held to answer for it — “it’s a product of your, broadly speaking, reasoning,” King said. “Why did you make that choice or do the thing you did or why do you believe that? Your beliefs and your values and your commitments are all things you are answerable for.”

Accountability, by contrast, is “clearly subject to certain kinds of rules or norms,” King said. “You are accountable for having fallen short of some standard or violating some kind of rule or principle.”

Back to main story