Written by Kendra Carter
More than 150 girls from middle schools throughout Jefferson and Shelby counties will come to the University of Alabama at Birmingham on April 20, 2013, to spend their Saturday learning about math and science. Some of the girls will be back for a second or third time.

The third annual Girls in Science and Engineering Day will give the registered sixth, seventh and eighth graders the change to learn about careers in science, technology, engineering and math fields through hands-on activities and workshops created and presented by female faculty, scientists and students at UAB.

“Each girl will go through a health science workshop, an applied science workshop and then an engineering workshop, so they’ll get to do activities in each of those areas,” said Alison Barnard, a UAB alumna in physical therapy and co-founder of the event. “In the workshops, they will learn about various professions and do hands-on activities that promote problem solving, as well as show them that science and engineering can be cool.”

Barnard and co-founder Farah Khan, a fourth-year medical student at UAB, developed GSED as a way to inspire young girls to excel in science and math after Barnard realized that some girls may not have impactful opportunities to learn about STEM fields. Women hold less than 25 percent of STEM jobs, though they hold close to half of all jobs in the United States, according to 2011 figures from the U.S. Department of Commerce Economics and Statistics Administration.

Khan, who worked with a similar group during her undergraduate studies at the Massachusetts Institute of Technology, said middle school is a critical age to show the girls ideas and concepts to which they have not previously been exposed.

“We targeted middle school girls because studies show that’s the time when they start to lose confidence in their abilities in science and math,” Barnard said. “So helping expose them to different successful females in science and math, and showing them careers they can pursue at this age, sets the stage for making their college major and career decisions down the line.”

The day begins with sign-in at 8 a.m. at the School of Nursing. Khan said that while there are some favorite workshops they have brought back, there will also be new activities scheduled this year. Workshop topics include exercise physiology, medical suturing, forensic science, psychology and introduction to engineering.

The heart dissection and pathology workshop – a participant favorite – will also be back this year. Khan said that the workshop begins with a lecture and ends with the girls dissecting a sheep heart, which is similar in structure to a human heart. 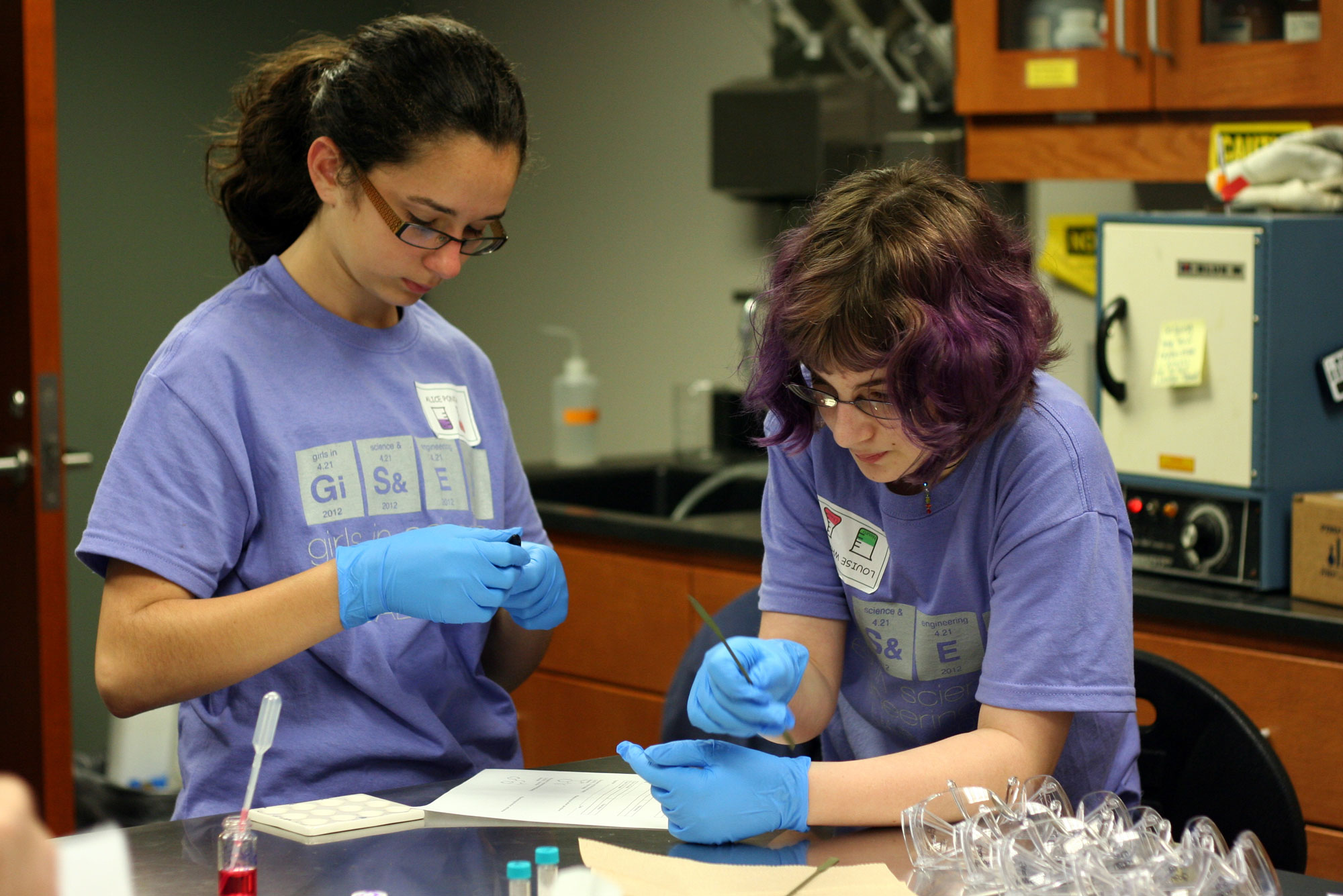 “It’s interesting to see the girls put two and two together of what they saw written on the board and what they were then holding in their hands,” Khan said.

GSED is free for the participants — a move to ensure any girl who wants to attend can do so, according to Barnard. Khan said the UAB sponsors, including the School of Medicine, School of Health Professions,School of Education, Department of Justice Sciences and Department of Biology, and corporate sponsors, including Vulcan Materials Company and BioHorizons, make it possible for GSED to remain free.

The first GSED in 2011 attracted 70 students. Participation doubled to 140 in 2012, surpassing organizers’ expectations. Khan and Barnard said 180 have registered this year, and that they expect 150 girls from more than 40 area schools to attend. Thirty percent of girls registered this year participated in last year’s GSED, while three girls will be attending the camp for the third time.

To learn more about GSED, visit its Facebook page or email  girlsinscienceday@gmail.com.