Written by
An intensive, lifestyle intervention focused on weight-loss does not reduce cardiovascular events in overweight or obese adults with Type 2 diabetes, according to the first reported results from the more-than-decade-long Look AHEAD trial conducted by University of Alabama at Birmingham researchers and colleagues, and presented June 25, 2013 at the 73rd Scientific Sessions of the American Diabetes Association. 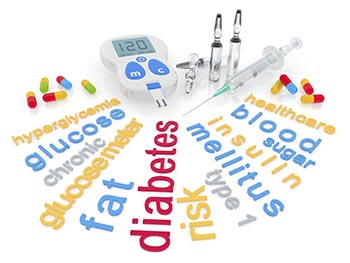 Researchers said the rates of cardiovascular death and complications were virtually equal among participants in the intensive, lifestyle-intervention program and participants who only received diabetes support and education.

“Short-term studies have shown that weight-loss in overweight and obese individuals with Type 2 diabetes had numerous benefits, including improvements in glycemic control, cardiovascular disease-risk factors, quality of life and other obesity-related complications,” said the study’s co-author Cora E. Lewis, M.D., professor in the UAB Division of Preventive Medicine and senior scientist in the UAB Comprehensive Diabetes Center. “Until now, however, there were no studies showing whether or not these effects held for the long term.”

Look AHEAD (Action for Health in Diabetes) was a randomized trial that followed overweight and obese individuals with Type 2 diabetes at 16 clinical sites for as many as 13-plus years. It compared the long-term effects of an intensive, lifestyle-intervention program of weight-loss and physical activity with a control program of diabetes support and education.

Between August 2001 and April 2004, a total 5145 participants were enrolled and randomly assigned to lifestyle intervention or support and education. The average age was 58.7 years, and 59 percent were women; half had diabetes for five years, and 14 percent reported a history of cardiovascular disease. On Sept. 14, 2012, Look AHEAD’s primary sponsors instructed study investigators to halt the intervention because enough data had been collected to conclude the difference between the two groups was very small; all data analyses extend to this date. When the intervention was stopped the average participant follow-up was 9.6 years.

The intensive lifestyle intervention produced significantly greater changes than the diabetes support and education intervention in weight, waist circumference and fitness. Differences in average weight-loss were greatest at one year, with the intervention group losing 8.6 percent of their body weight versus 0.7 percent of body weight in the control group, but remained statistically significant throughout the trial.

During the first year of follow-up, intensive lifestyle intervention produced greater improvements than diabetes support and education in all measured cardiovascular risk factors except low-density lipoprotein (LDL) cholesterol. The difference in cardiovascular risk factors between intervention groups diminished over time, with hemoglobin A1c and systolic blood pressure showing the most sustained differences. LDL cholesterol levels were lower in the control group than the intervention group. Use of antihypertensive medications, statins and insulin was lower in the intervention group than in the control group, so the intensive group had at least as good, if not better, control of risk factors and diabetes with less medication.

However, the primary outcome of the first occurrence of hospitalized angina, nonfatal heart attack, nonfatal stroke, or death from cardiovascular causes occurred in 821 participants — 403 in the intensive lifestyle intervention group and 418 in the diabetes support and education group. There also were no significant differences between the two trial groups with respect to the pre-specified composite secondary outcomes, including various combinations of heart attack, stroke, and death due to cardiovascular disease.

Lewis said this does not mean overweight or obese Type 2 diabetics should not try to lose weight.

“Strictly speaking, the study was designed to test differences in cardiovascular outcomes, including heart attack and stroke, and none was found.  So, if you were only considering that, the answer would be in the long run, there was not an advantage of losing weight,” Lewis said.  “However, I would not say that there was absolutely no benefit to the weight-loss and increased physical activity achieved by the intensive intervention group.  There were other benefits — better control of diabetes and of risk factors such as cholesterol with less medication and cost; less depression and better quality of life, etc. We also know from several diabetes prevention trials that weight loss through programs very similar to the Look AHEAD intensive lifestyle intervention has a powerful effect on preventing Type 2 diabetes in people with pre-diabetes.”

Lewis added that individuals in the intervention group of Look AHEAD were more likely to experience partial diabetes remission during the first four years of the trial. Other benefits identified during the early years of the trial included improvements in urinary incontinence, sleep apnea, depression, quality of life, physical function and mobility.

“Even though the intensive lifestyle intervention did not reduce the risk of cardiovascular death or complications, there still are positive outcomes we can take from the study,” she said.

The study was sponsored by the National Institutes of Health with additional support from other federal partners and the clinical research centers of several participating institutions. Major contributions were provided by the UAB Diabetes Research and Training Center; FedEx Corp.; Health Management Resources; LifeScan Inc., a Johnson & Johnson Company; Nestle HealthCare Nutrition Inc.; Hoffmann-La Roche Inc.; Abbott Nutrition; and Unilever North America. None of the corporate sponsors had any role in the trial design, data analysis or reporting of results.