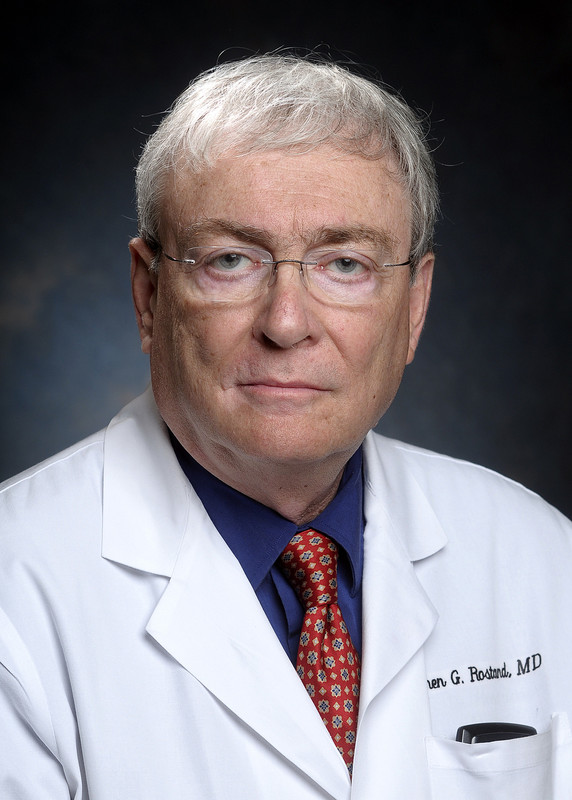 “The creation of this endowed professorship in my name was a great and unexpected honor,” Rostand says. “I am pleased that my contributions to the School of Medicine, to patient care, and to the field of nephrology have made a difference.”

Rostand, a native of New York City, received his bachelor’s and medical degrees from Tufts University in Boston. After completing his internship and residency in internal medicine at Duke University, he was a research fellow in nephrology at Boston University Medical Center, the University of Pennsylvania, and Duke University.

Rostand is author of over 100 scientific and clinical articles, book chapters, editorials and abstracts. In 2014, he published a 50-year historical retrospective of the UAB Division of Nephrology, titled “A Half-Century of Nephrology at UAB 1958-2008: A Tradition of Excellence.”

Edward Inscho, Ph.D., professor in the Division of Nephrology, currently holds the endowed professorship in nephrology. His research focuses on the role P1 and P2 receptors play in regulating renal microvascular function in healthy and diseased kidney settings.

“Dr. Rostand’s contributions to the division have been instrumental in the growth and reputation of our programs,” says Anupam Agarwal, M.D., director of the Division of Nephrology and executive vice dean of the School of Medicine. “This endowment will provide resources to support Dr. Inscho’s research, who is the inaugural holder of this endowed professorship.”

To make a gift to the Stephen G. Rostand, M.D., Endowed Professorship in Nephrology, visit go.uab.edu/give-rostand or contact Megann Bates Cain at meganncain@uabmc.edu or 205-934-7408.