UAB is prepared for Ebola, other infectious diseases 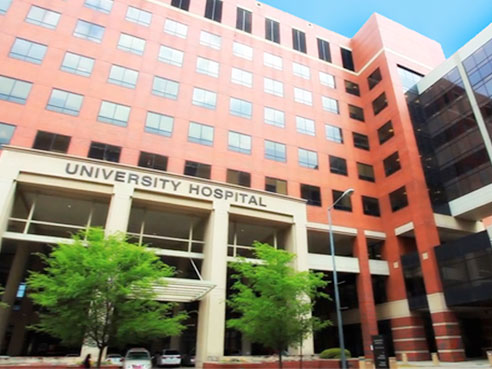 The first case of Ebola diagnosed in the United States and associated with the ongoing West African outbreak was confirmed this week and triggered increased awareness and concern.

Infectious disease and emergency medicine experts at the University of Alabama at Birmingham say they are prepared for Ebola, as well as other illnesses or emergency situations that might develop.

Ebola is a rare and deadly disease that is found in several African countries. The 2014 Ebola outbreak in West Africa is the largest in history and the first Ebola epidemic the world has ever known, according to the Centers for Disease Control and Prevention.

On Sept. 30, the CDC confirmed the diagnosis of Ebola in a person who had traveled from West Africa to Dallas.

“We take any potential threat to patients, their families, hospital visitors and our own health care workers very seriously,” said Bernard Camins, M.D., M.Sc., associate professor of medicine and health care epidemiologist for UAB Hospital. “From the moment we learned of the outbreak of Ebola virus disease in Africa, key UAB hospital stakeholders made preparations based on CDC recommendations in case a patient here presented with symptoms of having the virus.”

Health care workers take extra precautions when evaluating these patients, as recommended by the CDC.

The triage process was developed by the UAB Emergency Management Committee with guidance provided by the CDC.

“We have a tiered system of medical professionals and first responders who have anticipated and planned for just about any situation that could affect our area,” said Sarah D. Nafziger, M.D., associate professor in the UAB Department of Emergency Medicine and assistant state emergency medical services medical director for the Alabama Department of Public Health.

“Our Emergency Management Committee is charged with preparing for any event that might develop, including Ebola, and we plan on different contingencies and all possibilities, whether for one patient or many patients, so that we can be best prepared.”

Nafziger says in addition to handling the affected patient or patients, the committee also looks at how to address panic that could arise.

“As health care leaders, we need to be able to educate the public and help to minimize anxiety appropriately,” she said.

In addition to the internal resources available, whether they be supplies or the right people in place to implement a plan and respond to a situation, UAB also takes part in the Jefferson County Health Care Coalition, consisting of the county health department, area hospitals, EMS providers and other key groups. This coalition, Nafziger says, meets on a regular basis, compares hospital plans and discusses equipment needs, such as portable containment units.

“In Jefferson County and at UAB, we have shown in previous incidents like the April 2011 tornadoes that our hospital will be ready, and our people will respond appropriately,” Nafziger said. “We saw 340 patients in the emergency department from the tornado outbreak, with 41 Level One trauma patients. We’ve planned for just about anything and everything, and are prepared for any eventuality.”

Because of the medical resources available, and the fact that Ebola is not spread through the air, or by water or food, the risk of an Ebola outbreak in the U.S. remains low, says David O. Freedman, M.D., head of the UAB Travelers’ Clinic.

“It would be very unlikely for Ebola to become a big problem in the United States,” Freedman said. “Even if we had an accidental case of it being transmitted to a health care worker or family member, it’s unlikely to be widespread because of the response and resources we have. So it would be very hard for it to become a major situation and affect dozens or hundreds of people at a time.”

The UAB Travelers’ Clinic sees people both prior to and after international travel. He says an ongoing alertness at the hospital and his own clinic will remain, and that UAB is positioned well for whatever may emerge.