by Shannon Thomason
Proclaimed a “national treasure” by the Los Angeles Times, Hamilton has sold more than 50 million albums worldwide. 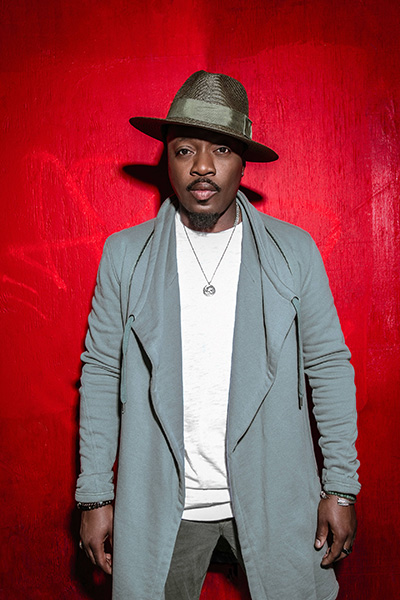 A seated VIP dinner with drinks at 6:30 p.m. is available for $75 per person, or $50 for ASC members. Tickets to the dinner may be purchased online and do not include admission to the show.

Proclaimed a “national treasure” by the Los Angeles Times, Hamilton has sold more than 50 million albums worldwide. The North Carolina Music Hall of Fame inductee notably performed for President Barack Obama and First Lady Michelle Obama, cementing his place in the history books as the “narrator of love.” His raw, awe-inspiring performances garnered the attention of NPR, where he starred in its noteworthy documentary series. He appeared in the film “American Gangster” and lent his voice to “Freedom” from the soundtrack album of the Academy Award-nominated film “Django Unchained.” Additionally, he became the “first R&B artist to sell an album at Cracker Barrel.”

His debut LP, “Coming From Where I’m From,” created an undeniable connection with fans who related to the yearning, understood the pain and hoped for a life with “the one.” Hamilton is known for flipping heartbreak into a blessing, as heard on his biggest ballad, “Charlene.” It is his authenticity and honest depiction of the average man’s woes that keep the audience searching for him year after year. Another track from the new album “Walk in my Shoes” reminds listeners that no one is immune to mistakes, trials and defeats. His vocals perfectly convey a pain so deep that the song leaves little room for misinterpretation.

His 2016 album, “What I’m Feelin’,” merged a lifelong journey with a musical evolution that never once sacrifices his roots.

“I was an introvert growing up,” Hamilton said. “I had a wild imagination, and I would dream a lot.” These dreams included earning the world’s admiration, dominating the stage with a voice part deep, part smooth, all captivating.

Surviving the test of time, Hamilton says he will soon gift his fans with yet another compilation baring his heart and soul, his ninth full-length studio album.