by Shannon Thomason
Started in 2001, this festive concert has welcomed thousands of young choral singers from schools throughout the Birmingham community to perform together with UAB choirs. 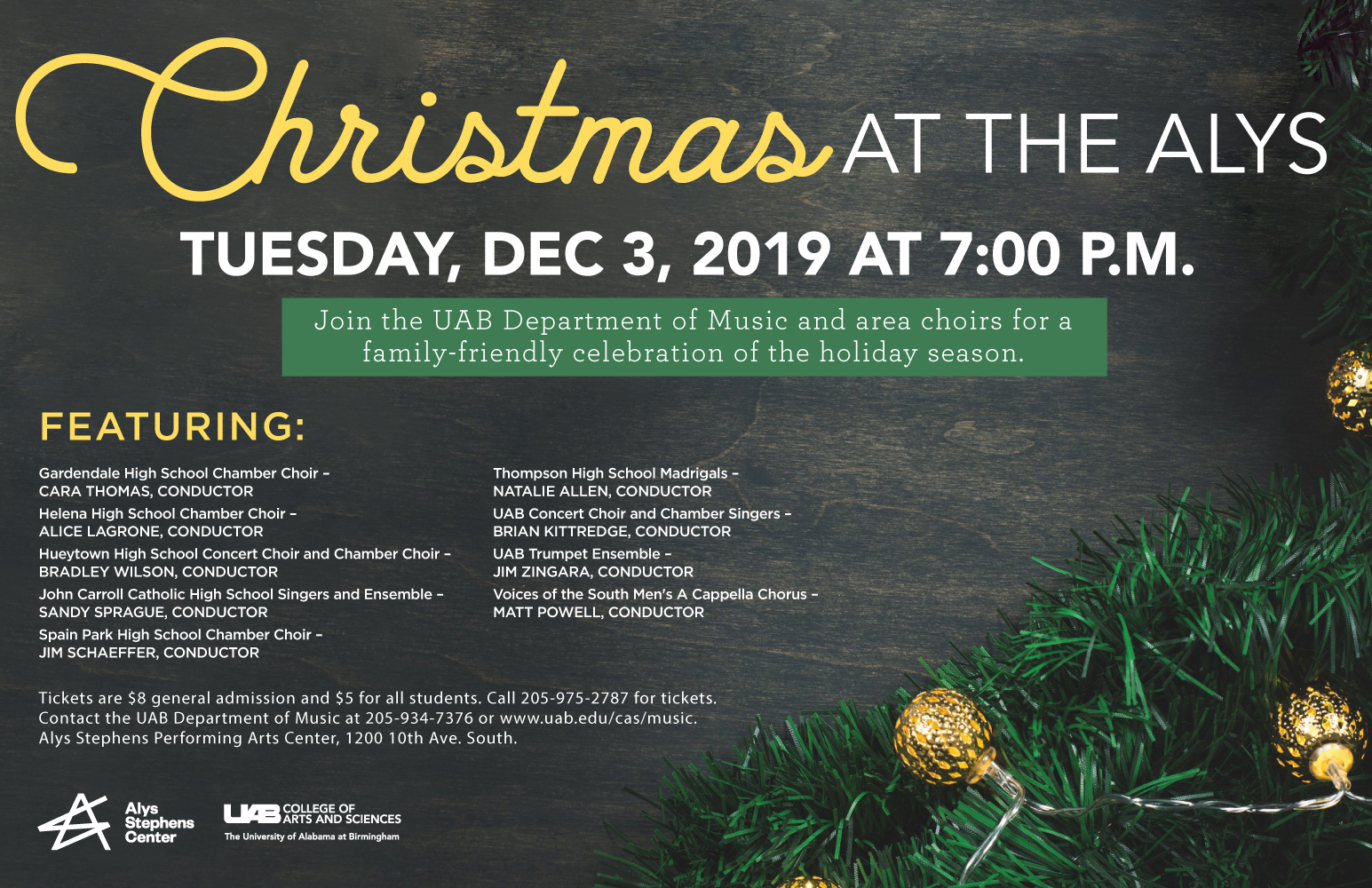 Click image to enlarge Join local choirs for “Christmas at the Alys,” an annual choral celebration featuring traditional holiday favorites and standard choral classics, Tuesday, Dec. 3, at the University of Alabama at Birmingham.

“Christmas at the Alys” is presented by the College of Arts and Sciences’ Department of Music. Started in 2001, the festive event has welcomed thousands of young choral singers from schools throughout the Birmingham community to perform together with UAB choirs. The program includes the singing of traditional holiday carols, in which the audience is encouraged to participate.

Christmas at the Alys is an unforgettable choral event, says Cara Thomas, director of the Gardendale High School Chamber Choir.

“Listening to other choral programs is a highlight, but actually singing with all the schools is something that resonates with my students throughout the year,” Thomas said. “They love it so much that they want to come back and sing every year. The community the students create across the stage is something you cannot get anywhere else.”