Theatre UAB’s Cheryl Hall was named to the board at City Equity Theatre and will direct CET’s next production, “Ruined.” 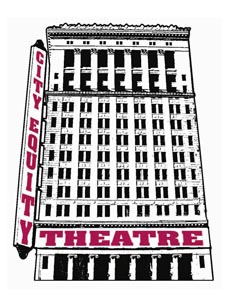 Assistant Professor of Theatre Cheryl Hall, M.F.A., has been named to the board of City Equity Theatre (CET), a leading professional theater company in Birmingham. She was among 11 new members welcomed to the board in November 2012.

Hall will direct CET’s next production, “Ruined,” a co-production in partnership with Aldridge Repertory Theatre. “Ruined” was the 2009 winner of the Pulitzer Prize for Drama. It is a haunting, probing work about the resilience of the human spirit during times of war. Set in a small mining town in Democratic Republic of Congo, it centers on the shrewd bar and brothel owner Mama Nadi. Is she protecting or profiting by the women she shelters? How far will she go to survive? Can a price be placed on a human life? “Ruined” will be performed Feb. 28-March 10, 2013, at the Martha Moore Sykes Theatre in the historic Virginia Samford Theatre, 1116 26th St. South.

Hall teaches hundreds of students every semester in the UAB Department of Theatre’s introduction to theater and plays on film courses. Hall also directs Theatre UAB main-season and touring shows as well. Hall is a winner of the prestigious Lois S. Gerren Award for Excellence in Scenic Design for The African Company Presents “Richard III.” Most recently, Hall’s play “The Dowager Daughters of Transcendence” received its world premiere this summer at eta Creative Arts in Chicago.

Founded in 2006, City Equity Theatre is committed to being the flagship professional, regional theater company of the greater Birmingham area. CET strives to enlighten, challenge, educate and entertain by bringing cutting-edge, high-quality productions of dramatic world literature and theater arts to the public, while providing an opportunity for theater professionals and students to develop their artistic skills to their utmost degree, according to a CET press release.