by Shannon Thomason
The Viva Health Starlight Gala is the biggest fundraiser of the year for UAB’s Alys Stephens Performing Arts Center. Tickets are $125 and include a reception. Call 205-975-2787. 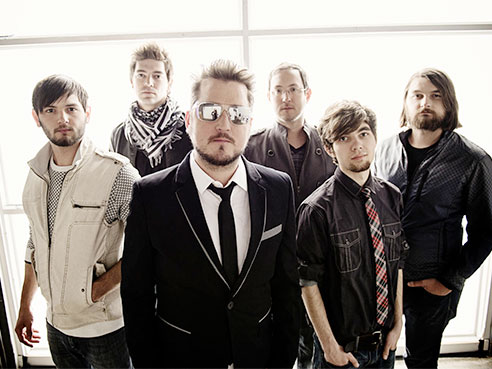 Street Corner Symphony has just been announced as the opening act for Jay Leno at the 2015 Viva Health Starlight Gala, set for Sunday, June 7.

The Viva Health Starlight Gala is the biggest fundraiser of the year for the University of Alabama at Birmingham’s Alys Stephens Performing Arts Center. The evening benefits the programs and education initiatives of the ASC, including education and outreach programs that serve more than 12,000 individuals in the Greater Birmingham area annually.

Street Corner Symphony is a six-man a cappella group from Nashville, Tennessee. They came to international notoriety in 2010 when they became runners-up on NBC’s “The Sing-Off.” Since then, the men of SCS have performed around the world, giving benefits, clinics and concerts, as well as recording two full albums and numerous singles. The six men of Street Corner Symphony are Adam Chance, Mark McLemore and Kurt Zimmerman, along with brothers Jeremy, Jonathan and Richie Lister. As experts in multiple styles of music, SCS are comfortable moving among most any genres of music, appealing to young and old alike.

Leno is set to perform an evening of comedy, with festivities beginning at 8 p.m. in the Alys Stephens Center, 1200 10th Ave. South. Tickets are $125 and include a reception. Call 205-975-2787 for tickets, or for more information visit www.AlysStephens.org. A VIP dinner package also is available; it includes tickets to the performance, a seated dinner, and a meet-and-greet with Leno. For more information or to purchase the VIP dinner package, call 205-975-4012.