Shake it to Spanish Harlem Orchestra in free show Oct. 12

by Shannon Thomason
The free, outdoor performance, part of a month of ¡CELEBRACIÓN! events honoring Latin culture, is Thursday, Oct. 12. Free dance lessons start at 6 p.m., followed by the show at 7. 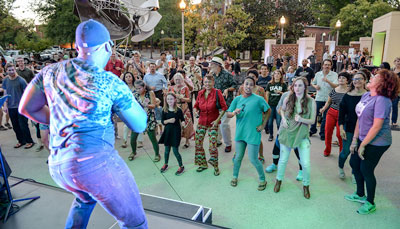 The performance, part of a month of ¡CELEBRACIÓN! events honoring Latin culture, is set for Thursday, Oct. 12. Join the center at 6 p.m. for free Latin social dance lessons with Sergio Rodriguez. Food trucks will be on-site, and bars will open at 6. The show will start at 7 p.m.

Spanish Harlem Orchestra sets the standard for excellence for authentic, New York-style, hard-core salsa, according to the band’s website. This year, the band celebrates its 15th anniversary. Their energy on stage, rich sound and musical precision leave audiences mesmerized until the last note is played. With an unwavering respect for the music’s rich history, 13 world-class musicians and vocalists come together to create an unparalleled musical experience. Their mission is to keep the musical legacy of salsa dura alive and expand its audience to those who love great music, not just Latin music. 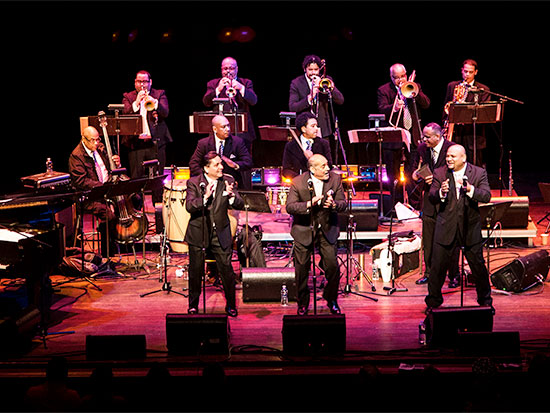 The band's mission is to keep the musical legacy of salsa dura alive and expand its audience to those who love great music, not just Latin music.With four albums, and as many Grammy nominations, this musical powerhouse knows it is crucial to continually push themselves and raise the bar. They recently released their fifth album, featuring two of America’s great jazz icons, Chick Corea and saxophonist Joe Lovano.

For ¡CELEBRACIÓN! the Alys Stephens Center is proud to collaborate with the UAB campus family and Birmingham community and art partners to bring events honoring the Latin community in Birmingham. From festivals and Latin social dance to film screenings and performances by Grammy Award-winning artists, join the center and its community partners to celebrate this richly thriving community throughout our great city.