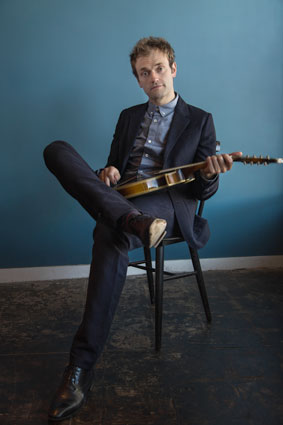 Chris Thile will perform live at the University of Alabama at Birmingham’s Alys Stephens Performing Arts Center on Wednesday, Oct. 10.

A multiple Grammy Award winner and MacArthur Fellow, Thile is a mandolin virtuoso, composer and vocalist. With his broad outlook that encompasses classical, rock, jazz and bluegrass, Thile transcends the borders of conventionally circumscribed genres, creating a distinctly American canon and a new musical aesthetic for performers and audiences alike.

A member of Punch Brothers and Nickel Creek, Thile is also the public radio host of “Live from Here.” Thile took the helm of “A Prairie Home Companion,” a public radio favorite since 1974, and the show was renamed in 2017.

The show is at 7 p.m. Tickets to “An Evening with Chris Thile” are $58, $48 and $38, with $10 student tickets. ASC members may receive $10 off single tickets (limit two). UAB faculty and staff may receive $15 off single tickets (limit two). A limited number of student, member, and faculty/staff tickets are available. For tickets, call 205-975-2787 or visit www.AlysStephens.org. At 6 p.m. join the ASC in a pre-concert conversation with Birmingham musician and entrepreneur, Duquette Johnston on music and the arts as powerful tools for self-expression and community engagement, and the importance of supporting local and emerging artists.

A child prodigy, Thile first rose to fame as a member of Grammy Award-winning trio Nickel Creek, with whom he released four albums and sold more than 2 million records. In 2014, along with a national tour, the trio released a new album, “A Dotted Line,” their first since 2005.

As a soloist, Thile has released several albums, including his most recent, “Thanks for Listening,” a collection of recordings produced by Thomas Bartlett, originally written as Songs of the Week for “A Prairie Home Companion.” In February 2013, Thile won a Grammy for his work on “The Goat Rodeo Sessions,” collaborating with Yo-Yo Ma, Edgar Meyer and Stuart Duncan. In September 2014, Thile and Meyer released their latest album collaboration, “Bass + Mandolin,” which won the Grammy for Best Contemporary Instrumental Album. Punch Brothers released their latest album, “The Phosphorescent Blues,” in January 2015, and a follow-up EP, “The Wireless,” in November of the same year.

Most recently, Thile released a double album with Brad Mehldau titled “Chris Thile & Brad Mehldau” in January 2017 and a collection of works from Bach with Ma and Meyer in April 2017, “Bach Trios.”