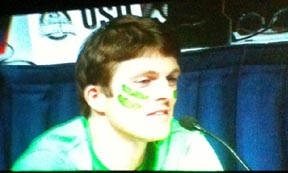 Travis Tucker, a student in the University of Alabama at Birmingham School of Optometry, took second place in the 21st annual Optometry Student Bowl at the American Optometric Association’s yearly meeting in Chicago. One student from each of the schools and colleges of optometry in the United States, Canada and Puerto Rico square off in this knowledge contest of optometry-related questions, while hundreds of their classmates and faculty members cheer them on.

Tucker’s win not only earned him bragging rights, but also a $750 prize. UAB’s last win came two years ago.