by Shannon Thomason
Two friends who met in the Marching Blazers have a song available on iTunes and have signed a deal with JupiterOwl Records.

Erica Earl and Darius Reed are reaching new heights together in music, building on a friendship born in the University of Alabama at Birmingham (UAB) Department of Music’s Marching Blazers Drumline. 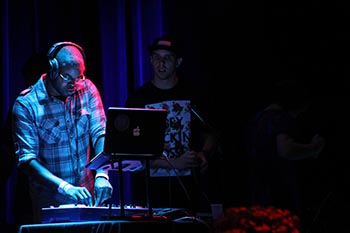 Darius ReedEarl, a 22-year-old senior from Hueytown, a broadcasting major with an art studio minor, and Reed, a 23-year-old from Alabaster, have been signed to JupiterOwl Records in Dallas, Texas. Their latest single, “Alive,” is available for purchase on iTunes. A remix of “Alive” by DJ Another Monster from Atlanta, Ga., is the latest track released through the label and is currently available for free download on www.SoundCloud.com.

The two met while playing snare drums on the UAB Drumline. Earl said she has always loved to sing. Reed, a DJ known as DMFR, has been producing music since the eighth grade and has a studio in his home. Two years ago, they decided it would be fun to create a track, with Reed producing and Earl singing. That is how they made their first song, “In the Dark.”

“The song got a lot of attention, and we decided that since everyone seemed to like it, we should do another one,” Earl said. “That's where ‘Alive’ came from. We did it in October 2012. We had no earthly idea that a label would really pick it up, and when we found out that it seemed to really be getting special attention, we turned the whole ‘just for fun’ thing into a serious thing.”

The UAB Marching Band played a huge role in making that happen, Earl said. She has played drums in band for 11 years; four of those years were in the UAB band, including last year as lead drummer. 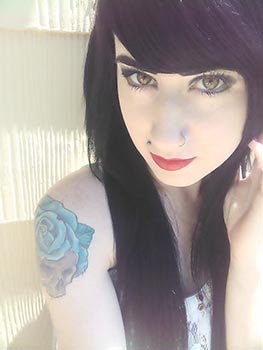 Erica Earl“It was a fantastic experience for me, and it will always be a part of my musical background,” Earl said. “It is basically the platform of how Darius and I met and got this whole thing started. I would love to thank Gene Fambrough and Sue Samuels of the UAB Marching Band for always believing in me and pushing me to do my best. They were fantastic music teachers and I owe a lot to them.”

Earl and Reed are not the only drumline members playing music on their own. Others have started groups.

“The music program at UAB is a great platform to make even better things happen,” Earl said.

The duo is working to promote the song, get the word out about JupiterOwl, a new label, and create more music.

“We are really hoping for great things to come of this in the future and are very grateful that our talent was discovered by more than just our friends and family,” Earl said.