by Bob Shepard
National and local experts in biomedical engineering, neuroscience and rehabilitation will gather to examine the brain-machine interface as part of the UAB Bevill Neuroscience Symposium on Feb. 27. 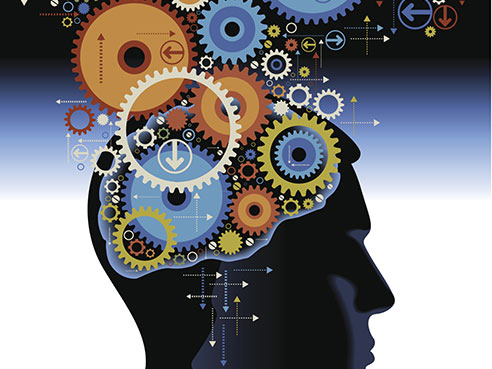 Among the sharpest of cutting edges in science is the interface between machines and the brain, especially in the field of overcoming loss of motor function due to injury or disease. Leading scientists and engineers from around the nation and from the University of Alabama at Birmingham will gather for a symposium on the brain-machine interface at the 2015 Bevill Neuroscience Symposium. Sponsored by the UAB Comprehensive Neuroscience Center, the symposium will highlight the collaboration between the fields of engineering and medicine.

“Some of the nation’s leading figures in biomedical engineering will be in attendance,” said Lori McMahon, Ph.D., director of the UAB Comprehensive Neuroscience Center. “UAB will be well represented by speakers in areas such as psychology, psychiatry, neurology, radiation neurobiology, engineering, and physical medicine and rehabilitation.”

“The brain-machine interface represents a frontier at the intersection of medicine, science and engineering,” said Iwan Alexander, Ph.D., dean of UAB’s School of Engineering. “We are beginning to understand how to capture fundamental processes in the brain to stimulate electrical and mechanical responses in devices and machines. These advances point to a future rich in discovery that will yield exciting applications ranging from physical rehabilitation to thought-activated mechanical and electrical devices.”

“Since Hans Berger’s discovery of the ability to detect electrical activity of the human brain, and the ability to monitor this activity by electroencephalography (EEG), scientists have pursued the extension of this insight to the area of neuroprosthetics.  Early outcomes of this research include cochlear implants and others,” said Robert E. Palazzo, Ph.D., dean of the College of Arts and Sciences. “Recently, the extraordinary demonstration that implants in the brain’s motor cortex can transmit signals capable of directing the movement of robotic artificial limbs has ignited the promise of combining the science of the brain with the engineering of prosthetic devices. The promise for the development of integrated portable devices that overcome loss of hearing, loss of movement, and possibly even loss of sight is upon us.”