Libraries, the heart of research universities, hold the key to student, faculty success 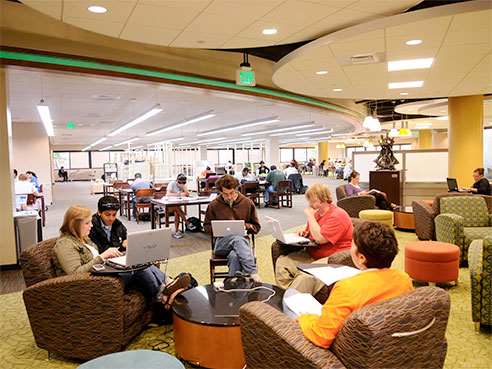 The University of Alabama at Birmingham Libraries system is growing, adapting, innovating and becoming a model 21st century leader in providing resources and services for students, faculty and patients.

Big changes have been made and more are coming since Meador began his work at UAB in August 2014 and set priorities as part of the campuswide strategic planning process. Among his primary goals were to merge the libraries, add content, acquire and install a new catalog, add seamless cloud-based single search capability, and introduce campuswide digital asset management. Priorities also include increased access to resources and more support for distance and international students and researchers.

“Dean Meador has a forward-thinking approach to the resources and services our libraries offer,” said UAB President Ray L. Watts. “John and his team have made great strides, and his aggressive vision and approach to the strategic planning process will continue to benefit this campus greatly.”

Sterne and Lister Hill have recently been merged into one administrative unit while retaining their individual spaces. That integration, as they move into the digital world, positions both for future success and makes them more relevant for students, Meador says. 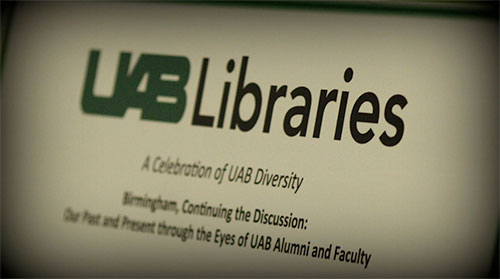 The faculties of both libraries agreed unanimously to merge and forge a new culture, selecting the best practices from both libraries and introducing new practices for the future. The merger introduces new opportunities for collaboration at a critical time when an increasing number of interdisciplinary programs and degrees are being offered across campus.

UAB Libraries has also increased the amount of available scholarly resources to benefit all members of the campus.

Meador reinstated UAB’s subscription to Elsevier in January, after its 2010 discontinuance. Elsevier is a major publisher of science, technology, engineering and mathematics literature, and a world-leading provider that produces and controls 25 percent of the world’s science, technology, engineering and math literature. It publishes more than 2,500 journals and more than 33,000 book titles.

UAB also needed systems to integrate the operations and processes of the two independent libraries under a single technology platform. From Ex Libris Group, UAB Libraries just finalized the adoption of the Alma library management service, the Primo discovery and delivery solution, and the Rosetta digital asset management and preservation system.

The unified Alma workflow will provide a firm foundation for this merger, and the Primo interface will support users who seek items from both libraries. Rosetta’s digital asset infrastructure will preserve digital resources at both libraries and keep such resources accessible for future generations.

“Although we were making great progress in integrating the operations and organizational cultures of the Sterne Library and Lister Hill Library, it became apparent that the enduring success of the merger could be assured only by the implementation of the cloud-based solutions,” Meador said. “We are acquiring Rosetta to support preservation for UAB’s digital assets, ranging from institutional memory to research data. As a Rosetta user at an early adopter institution, I am thrilled to rejoin the distinguished digital preservationists who constitute the international Rosetta user group.”

By summer 2016, Meador hopes to have moved from two systems — with two different logins — to a cloud-based system with a Google-like search field that will allow a user, in one search, to look at both libraries’ holdings and UAB’s licensed content. 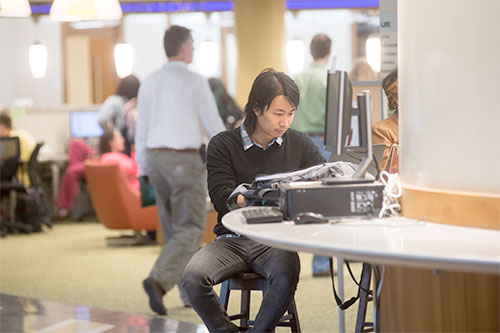 Due to student interest, library hours will extend beginning in late November. With the change, Sterne Library will open at 1 p.m. on Sunday and will not close until late Friday; hours will be from 9 a.m. to 5 p.m. on Saturday. Lister Hill Library will begin opening at 5 a.m. on weekdays, and then next year Lister Hill will follow Sterne’s suit with 24/5. The goal is to maximize access to the facilities. Current library hours are available online.

More group study rooms will be created to make spaces for collaborative learning and to directly address the concept of the flipped classroom. Historically, students go to class, listen to a lecture, and leave class and do homework. The flipped model is to get a team of students from the class together, use a group study room at the library to watch a video of the lecture, then come to class ready to discuss and participate. Medicine and nursing are among the first areas embracing the flipped classroom model.

The experience of the individual student is also being addressed, with quiet study areas, enhanced security, and clear communications and signage for locations, hours, services and announcements.

Library faculty members have formed teams to address issues raised by the Faculty Senate advisory committee. Among their goals are to expand library liaison services to academic units, as well as departments and research teams to provide instructional services, to collaborate with faculty and the community, to cross-train and embed librarians in areas on campus, and to brainstorm other initiatives to meet program goals. Plans are in place to introduce a student-employee “L/earn” program that increases student employment within UAB Libraries.

“We know we are merging libraries, adding content, adding new technology to access that content; but going forward we need the input directly from faculty and students to ensure our continued impact on campus,” Meador said.

“You cannot remain relevant to your users if you are not speaking directly to them about their needs,” he said. “It’s about the users. We are making the obvious adjustments, and going ahead we want to create a meaningful 21st century library. Developing that is really a partnership between the librarians and the users.”