Seating is first-come, first-served for this free event; ASC members may reserve premium seating and enjoy a free reception. This sneak preview is presented in conjunction with Alabama Public Television. 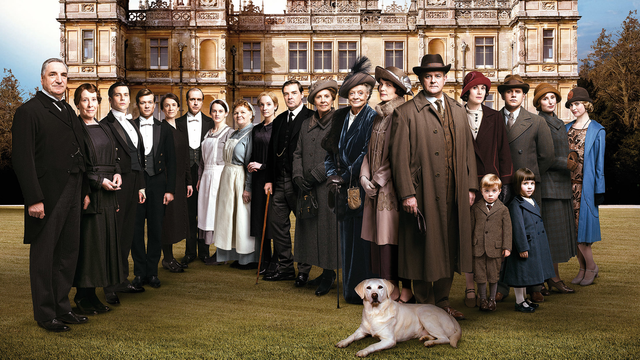 Fans of “Downton Abbey,” the most-watched drama in PBS history, will have the opportunity to get a sneak peek at the first hour of the sixth and final season before it hits the airwaves in January.

This is a free, public event. Doors will open at 6:30 p.m. with general admission seating. ASC members may reserve premium seating and are invited to a free pre-screening VIP reception; otherwise seating is limited and will be available on a first-come, first-served basis. To reserve VIP seats, contact Jennifer Holcomb at jhholcomb@uab.edu or call 205-996-6113 by Wednesday, Dec. 23.

Put on your finest era attire and transport yourself to the Downton Abbey estate for the ASC season 6 premiere of “Downton Abbey” costume contest. Dress as your favorite character, or wear your best Edwardian to 1920s period fashion, and the most inspired costume will win four tickets to their choice of ASC-presented performances (excluding the VIVA Health Starlight Gala and other special events) as well as an honorary ASC Circle Club Membership. Honorable mentions will receive two tickets to an ASC performance of their choice. To participate, check in at the ASC Box Office and get your photo taken at the pre-screening reception by 6:15 p.m. to be entered.

This sneak preview is made possible by the support of APT. Call 205-975-2787 or visit www.AlysStephens.org.