by Shannon Thomason
Starting this fall, selected digital forensics majors could receive up to $4,000 toward tuition in addition to job and internship search support. 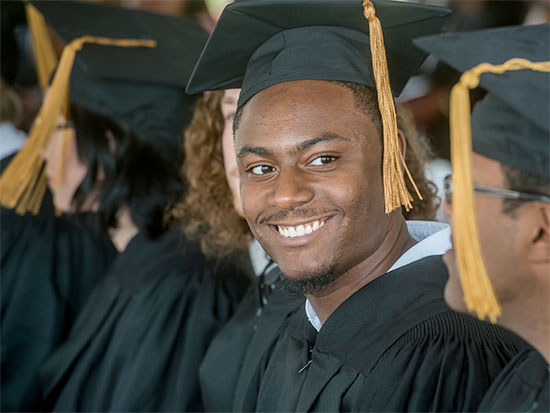 Scholarships are also open to computer science, information systems and electrical engineering majors. Students in all four majors may apply now until Nov. 21 for the spring 2019 semester at innovatebham.com.

Birmingham has more information technology jobs to fill than the city has qualified and trained applicants. Innovate Birmingham provides education in software development and IT help desk support, and offers scholarships to the University of Alabama at Birmingham and Jefferson State and Lawson State community colleges. The goal of the program is to provide opportunity, free of charge, and create a pipeline of talented people to employers in Birmingham.

Selected students receive up to $4,000 toward tuition in addition to support in their search for jobs and internships. Applications remain open to computer science, information systems and electrical engineering majors. The scholarships are made possible through a U.S. Department of Labor grant awarded to UAB in 2017.

Innovate Birmingham has awarded nearly $250,000 in scholarships to students preparing for nine in-demand information technology jobs in less than a year since the first scholarships were awarded. More than three-quarters of those scholarship dollars have gone to UAB students majoring in computer science, electrical engineering and information systems.

In 2017, Birmingham was awarded President Barack Obama’s America’s Promise Grant for almost $6 million from the U.S. Department of Labor to equip underemployed and unemployed young adults in the Greater Birmingham region with resources they need to advance into IT jobs. Graduates have gone on to secure employment with organizations such as Blue Cross Blue Shield, Honda, Protective Life, UAB and many more.