UAB is named one of 44 centers of excellence worldwide for Guillain-Barré Syndrome. 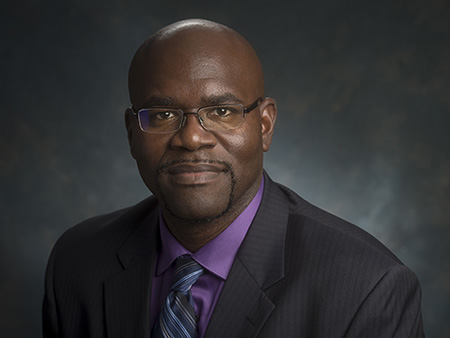 Eroboghene Ubogu, M.D., Division of Neuromuscular Disease The University of Alabama at Birmingham has been named a Center of Excellence by the GBS/CIDP Foundation International for the diagnosis and treatment of Guillain-Barré Syndrome, chronic inflammatory demyelinating polyneuropathy and other inflammatory peripheral neuropathies. UAB becomes one of 44 global Centers of Excellence designated by the foundation.

Guillain-Barré Syndrome is an inflammatory disorder of the peripheral nerves outside the brain and spinal cord, characterized by the rapid onset of numbness, weakness, and often paralysis of the legs, arms, breathing muscles and face. Paralysis is ascending, meaning that it travels up the limbs from fingers and toes toward the torso.

Chronic inflammatory demyelinating polyneuropathy is a rare disorder of the peripheral nerves characterized by gradually increasing sensory loss and weakness associated with loss of reflexes.

CIDP is caused by damage to the covering of the nerves, called myelin. It can start at any age and is more frequent in men than women. Left untreated, 30 percent of CIDP patients will progress to wheelchair dependence. Early recognition and proper treatment can avoid a significant amount of disability.

The GBS/CIDP Foundation International was founded in 1980 and boasts 35,000 members in 47 countries. The foundation funds research and works to improve access to care and global awareness of inflammatory peripheral neuropathies.