by Bob Shepard
A grant to the UAB stroke center will help maximize a state health department effort to better manage strokes in Alabama. 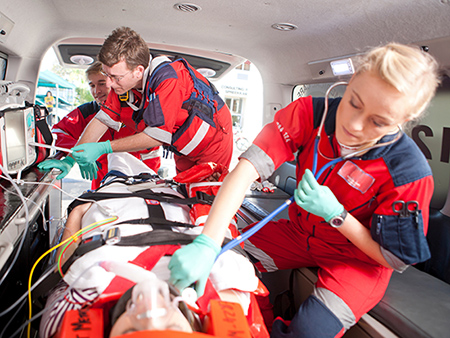 A grant to the UAB stroke center will help maximize a state health department effort to better manage strokes in Alabama.Modeled on its successful trauma response system, the Alabama Department of Public Health will partner with the University of Alabama at Birmingham to improve a similar system for improved response to stroke across the state. This pioneering effort is a five-year statewide quality improvement initiative that aims to transform the acute stroke care system by coordinating prehospital and inter-facility emergency stroke care.

“The project is focused on helping EMS providers identify patients with severe stroke and getting them to the appropriate medical facility, exactly as our trauma system functions,” said Toby Gropen, M.D., the James H. Halsey Jr., M.D. Endowed Professor in the Department of Neurology and director of the UAB Comprehensive Neurovascular and Stroke Center. “The system will coordinate with each of the six EMS regions in Alabama to provide each patient with the right care, at the right place, at the right time.”

In 2014, ADPH, the Alabama Trauma Communications Center, Alabama’s emergency medical system regional agencies, along with hospitals and EMS providers across the state, established the Alabama Trauma System. The ATCC is a statewide system that constantly monitors the status of every trauma hospital in the state, allowing patients to be routed to the most appropriate facility. In 2017, the same agencies activated the Alabama Statewide Stroke System, to provide early recognition and routing of patients with stroke symptoms to the nearest stroke center.

“Alabama, under the guidance of ADPH, has a history of innovation in creating statewide systems to ensure that patients are sent to a hospital that is best suited to provide the necessary care, first in the field of trauma and then in stroke,” Gropen said. “The SBST project will build upon that model, using Alabama’s existing Trauma Communications Center to triage patients to the most appropriate stroke center.” 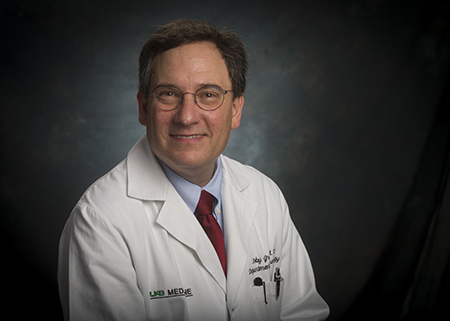 Toby Gropen, M.D., professor of neurology and director of the UAB Comprehensive Neurovascular and Stroke Center.“Acute stroke systems of care should emulate trauma systems, which deliver the full range of care to all injured patients by means of organized, coordinated efforts in defined geographic areas,” said Stephen Wilson, State EMS director, ADPH. “Just as trauma systems have proven ability to save the lives of the most severely injured patients, we should have a stroke system able to provide care to patients with the most severe strokes.”

Gropen says the right place could be the local hospital, depending on the severity of the stroke and the most appropriate medical response. It could also involve triage from the field directly to an advanced stroke center. Under other circumstances, patients may be initially triaged to a nearby stroke center and then transferred to a higher-level center. In all cases, the project will coordinate the care provided to patients with severe stroke, and importantly, the project will work with regional EMS directors and providers, along with hospitals throughout Alabama, to tailor the local implementation to the needs of each region.

The project will employ several measures to determine its effectiveness. It will compare the proportion of patients encountered by EMS providers with suspected cases of large vessel occlusion who are treated with mechanical thrombectomy before and after implementation of TCC-coordinated SBST. Mechanical thrombectomy is available only in advanced stroke hospitals.

Investigators will also assess the broad public health impact of TCC-coordinated SBST by examining the reach and effectiveness of the intervention, including any differences by race, ethnicity and population density. They will examine the ease of implementation and ability to sustain the model in various settings. 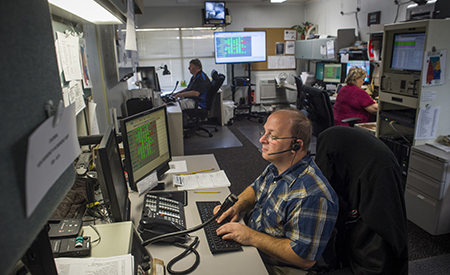 The system will use the existing state-wide trauma communications system, including the communication center at BREMSS, the Birmingham Regional Emergency Medical Services System. “This five-year project will allow assessment of both the public health impact and the ‘how and why’ of implementation of an innovative acute stroke care model,” said Steven Stringer, State Stroke System coordinator for ADPH. “Advanced therapies for stroke are not available at every hospital in the state, leading to racial, socioeconomic and rural disparities in access to potentially lifesaving treatment.”

The project will implement a phased rollout of TCC-coordinated SBST across Alabama’s six EMS regions, lending itself to analysis of health processes and outcomes before and after the intervention in each region.

“This project, if successful, can serve as a model for how the trauma system infrastructure that already exists in other regions and states can serve as the basis for a more integrated and effective system of emergency stroke care throughout the United States,” Gropen said.

The project is supported by the National Institute of Neurological Disorders and Stroke under award number R01NS117813.