Seth Landefeld named chair of the School of Medicine’s largest department with 400 faculty and $100 million in research funding.

C. Seth Landefeld, M.D., has been named chair of the Department of Medicine at the University of Alabama at Birmingham. Landefeld is an internationally known clinician and researcher in geriatrics, epidemiology and biostatistics. He joins UAB from the University of California at San Francisco, where he was chief of the Division of Geriatrics and associate chair for strategic planning and implementation at the UCSF Department of Medicine. 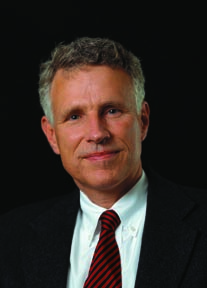 “We are excited to bring a physician-scientist of the caliber of Seth Landefeld to UAB to head the Department of Medicine,” said Ray Watts, M.D., senior vice president and dean of the UAB School of Medicine. “Dr. Landefeld has the vision and expertise to help lead UAB as we shape the future of medicine and prepare for the challenges in the decades ahead.”

The Department of Medicine is the largest department within the UAB School of Medicine, with 11 divisions and 403 faculty members. The department has external research funding of more than $101 million. Landefeld will join UAB full time in September but will take a leadership role immediately, Watts said.

“The UAB Department of Medicine is a well-established national leader in patient care, research and education,” said Landefeld. “I see the department as the go-to destination for faculty, learners and staff with the ambition, ability and drive to make UAB the most exciting academic medical center in the country.”

At UCSF, Landefeld directed the Program for the Aging Century and led the editorial team that produces the Journal of the American Medical Association’s series, “Care of the Aging Patient.” He founded and led the development of UCSF’s Division of Geriatrics. With more than 30 faculty, the division established a record of innovation in research, education and patient care and emerged as a national leader in the development of outstanding faculty. The division attracted increasing support from the philanthropic community, with annual gifts of $1 million and an endowment of more than $5 million.

Landefeld’s work has aimed to transform and personalize health care to meet the needs of older Americans and their families at a time that will be dominated by the medical and social issues of the aging global population. His research has improved outcomes of older persons with serious illness. In landmark studies of acutely ill hospitalized elders, Landefeld and his colleagues invented the Acute Care for Elders Unit, a novel method for improving patients’ functional outcomes. This model has been adapted at medical centers nationwide, including at UAB Hospital.

Landefeld completed his undergraduate work at Harvard and New College, Oxford, where he was a Rhodes Scholar. He received his medical degree from Yale and trained in internal medicine at UCSF and in clinical epidemiology at Harvard.

He is a member of the American Society for Clinical Investigation and the Association of American Physicians and was recently a Fellow at the Center for Advanced Study in the Behavioral Sciences at Stanford University.  He is past-president of the Society of General Internal Medicine and serves on the boards of the American Geriatrics Society, Association of Directors of Geriatric Academic Programs and San Francisco’s Institute on Aging.

In 2011, he received the Robert J. Glaser Award “For Exceptional Contributions to Education and Research,” the highest award of the Society of General Internal Medicine.