Eat, exercise and think your way to good brain health 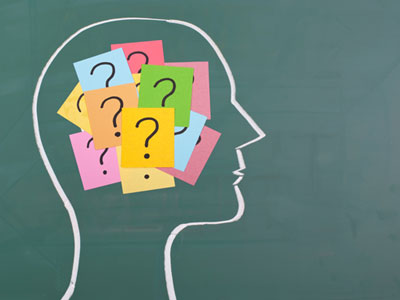 There are a couple of old adages that ring true in memory loss: use it or lose it; eat right and exercise; fish is brain food. Here’s another that isn’t so accurate: Women are at greater risk for Alzheimer’s disease than men. Not true, says David Geldmacher, M.D., a neurologist at the University of Alabama at Birmingham — at least, not anymore.

It turns out that 30 or 40 years ago, when that theory was proposed, men were likely to die of stroke or heart attack before Alzheimer’s disease could take root. Nowadays, better cardiovascular care has just about evened the stroke risk between men and women, and as men live longer, their risk of developing Alzheimer’s disease is now about equal that of women.

There hasn’t been a lot of encouraging news surrounding Alzheimer’s disease treatment in recent years. Science has made tremendous progress in understanding the disease, and there are promising therapies under investigation, but it remains a heartbreaking diagnosis.

Some memory loss as we age is inevitable, says Geldmacher. It’s a normal part of the aging process. But what is normal, and what is a sign of something more serious?

“Minor memory loss such as forgetting someone’s name or where you left the car keys is pretty normal,” says Geldmacher, who is the director of the UAB Division of Memory Disorders and Behavioral Neurology. “As long as it doesn’t interfere with everyday activities or interactions with others, you don’t have much to worry about.”

More worrisome are memory lapses that do affect your daily life. Geldmacher recalls seeing the matriarch of an Italian-American family in clinic one day. After years of preparing meals for her family, she’d forgotten how to cook pasta. Instead of putting the noodles in boiling water, she’d simply put them in a pot where the sauce was simmering. It was the family’s first indication of a problem.

“Serious memory loss is rarely noticed by the individual, but is usually first noted by family, friends or co-workers,” says Geldmacher. “People with Alzheimer-type memory problems tend to forget what they forgot, and forget that they forgot.”

So, if you are worried about your own potential for memory loss, pay attention to those around you. If others point out your memory problems, it’s a warning sign.

And how do you recognize increasing memory loss in someone else? Geldmacher says forgetting recent events is one key. Older memories are more robustly maintained and fixed in our minds. Geldmacher believes that each time you recall an old memory, you reinforce the brain circuitry and that memory lane becomes a well-beaten path. For a person with impending memory issues, new memories are fleeting and fragile, and more easily lost.

Geldmacher advises concerned friends and family members to note if and how often someone repeats themselves in a conversation. It’s not a problem if Grandpa tells the same family story every Christmas. It’s more likely to be a problem if he tells the story over breakfast and again at dinner, and then again the next day.

There are strategies to prevent memory loss, Geldmacher says. Use it or lose it is one. So is the mantra that physicians urge for all-around good health: eat right and exercise.

“Look for activities that force you to think, to problem-solve, to use your brain,” says Geldmacher. “Card games, puzzles, computer games, even watching a TV game show is good if you play along with the game. But don’t play the same game every time. Mix it up a little.”

He says reading may not be as effective in preserving memory, at least not by itself. That is because reading is a passive activity and may not stretch the mind — but reading and then talking about what you read at a book club or bible study can be very beneficial.

Exercising your body is beneficial, too. Geldmacher says animal studies have shown the surest way to build better connections between brain cells is through exercise. He recommends 30 minutes a day, five days a week. The kind of exercise is less important — strength training is just as good as resistance training or a cardiovascular workout. The key is to do something. Geldmacher says conditions such as high blood pressure or high blood sugar are known risk factors for Alzheimer’s disease, and they can be moderated with exercise.

Diet is important. The same diet that is good for heart health is also good for brain health: one low in fat and sugar, emphasizing lean protein and lots of fruits and vegetables. Geldmacher says brightly colored fruits and vegetables are high in antioxidants and you should try to eat across that color palette, as each color represents a different kind of antioxidant.

Oh, and that one about fish being brain food? More and more research shows that omega-3 fatty acids, which are abundant in some fish, offer a protective benefit to the brain. Open-ocean fish that prefer cold water, such as salmon, tuna and cod, are the best choices, Geldmacher says.