The latest edition of Best Doctors in America ® recognizes 325 UAB physicians — voted by their peers as the best. 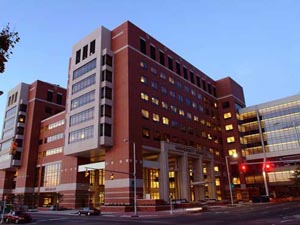 Hundreds of the nation’s top physicians practice at the University of Alabama at Birmingham (UAB) Health System, according to the latest edition of the Best Doctors in America ® database.

The 2013 list recognizes 325 UAB physicians in 65 specialties who are among the top 5 percent of clinicians in the United States, as voted by their peers. Nearly three-dozen additional top doctors were added to UAB’s total count compared to last year’s list.

Best Doctors is an independent, knowledge-based medical referral service headquartered in Boston. Its surveys ask peer physicians, “If you or a loved one needed a doctor in your specialty or a related specialty, to whom would you refer them?”

Nominations for the list are anonymous, and doctors’ evaluations are confidential, according to the company. The system of review, based on methodology started in 1989, includes a method of catching and correcting bias for or against particular physicians or groups of physicians. Listings cannot be purchased.

A complete listing of the UAB physicians named in Best Doctors is online at www.uabmedicine.org/bestdoctors. The list was also featured in the December issue of Birmingham Magazine.