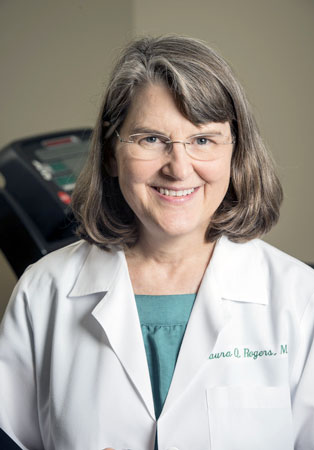 “Nearly one in three breast cancer survivors suffers from poor sleep, and poor sleep is associated with greater breast cancer mortality,” said Laura Q. Rogers, M.D., principal investigator of the study and professor at UAB. “So research in this area is critical for survivors and those who care about them. Our findings are significant because the benefits were of sufficient magnitude to reach and exceed the clinically important threshold.”

The study, conducted by UAB, Southern Illinois University School of Medicine and University of Illinois at Urbana-Champaign, included 222 breast cancer survivors. Of those participating, 112 received typical care while 110 went through the Better Exercise Adherence after Treatment for Cancer (BEAT Cancer) program. 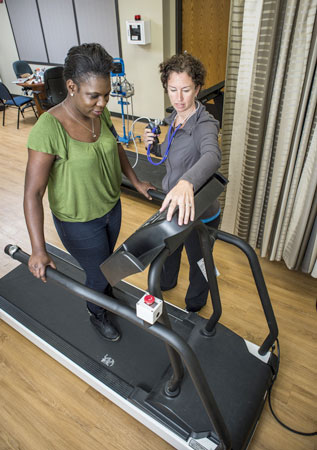 Cancer survivors are encouraged to engage in at least 150 minutes per week of moderate intensity physical activity, like walking.The BEAT Cancer program, based in the Department of Nutrition Sciences, began with six weeks of personal coaching from an exercise specialist. After the six weeks, participants were responsible for maintaining their own exercise regimens at home while checking in with the exercise specialist every two weeks. Participants also attended six discussion group sessions with other program participants. Study measurements were obtained at the three-month and six-month marks.

The findings — in which results came from perceived responses rather than an accelerometer — showed that BEAT Cancer significantly improved global sleep quality due to improvements in several global sleep quality components, including perceived quality of sleep, reduced sleep disturbances and less fatigue during the day.

Rogers, a senior scientist at the UAB Comprehensive Cancer Center, acknowledged that the inclusion of more current sleep measurement options such as bed sensors and sleep recorders in future studies could overcome some of the limitations of measuring self-report sleep quality. She says additional research is needed to determine how the support provided by research staff and other cancer survivor participants may have influenced the sleep improvements.

Nevertheless, Rogers is hopeful about the impact of their findings on improving cancer survivorship care and third-party financial support of such programming because of the randomized controlled design, multicenter enrollment and high retention rates.

This project was supported by the National Cancer Institute.