by Yvonne Taunton
A UAB senior will begin a graduate research fellowship in Germany this fall. 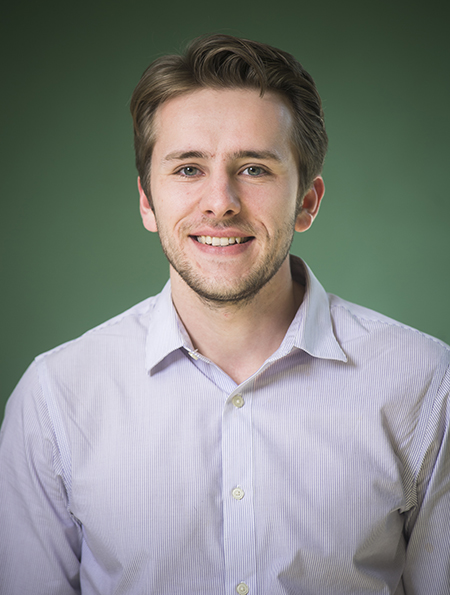 Gunnar EastepGunnar Eastep, a University of Alabama at Birmingham student, has received a Fulbright UnitedStates Student Program award and a German Academic Exchange Service, or DAAD, Graduate Research Fellowship to Germany. Eastep was one of the eight UAB students who were selected as Fulbright Scholarship semifinalists.

“To be selected for one is an honor, but to be selected for both is high praise indeed,” said Ashley Kuntz, Ph.D., director of Honors Administration, Strategic Initiatives and Fellowships and assistant professor in the UAB Honors College. “Last year, Gunnar won the Goldwater Scholarship for his outstanding contribution to the lab of Dr. Jamil Saad.”

The Fulbright Program is the flagship international educational exchange program sponsored by the United States government. It is designed to build the kinds of relationships between the people of the United States and the people of other countries needed to solve global challenges. Recipients of Fulbright awards are selected on the basis of academic and professional achievement, as well as a record of service and demonstrated leadership in their respective fields.

DAAD is the world’s largest funding organization for the international exchange of students and researchers. DAAD supports the internationalization of German universities, promotes German studies and the German language abroad, assists developing countries in establishing effective universities, and advises decision-makers on matters of cultural, education and development policy.

“Gunnar has been working in my laboratory since January 2016,” said Jamil Saad, Ph.D.,  associate professor for UAB’s Department of Microbology. “Gunnar worked on two major projects aimed at understanding how HIV-1 and Avian sarcoma virus  assemble during the late phase of infection. Gunnar has been a key member of the team investigating these mechanisms and has developed his own assays and became an independent researcher in the last year. He has just published two joint papers in Journal of Biological Chemistry in December 2018.”

“This is the first time in my career that an undergrad student co-wrote two joint papers,” Saad said. “Gunnar was awarded the Goldwater scholarship for 2018, the only student to win from UAB last year. Gunnar has also presented his work at student research conferences such as UAB Expo and national scientific meetings. He was the only undergrad who presented a poster at the UAB-SERCAT Structural Biology Symposium on March 14 this year.”

Currently, Eastep is leading a project focusing on the structural basis for HIV envelope incorporation into virus particles. According to Saad, this project will certainly enable him to be credited as first author on the paper when published.

Eastep is a senior majoring in chemistry in the UAB College of Arts and Sciences’ Department of Chemistry and is a member of the UAB Honors College’s Science and Technology Honors Program. His research interests are interdisciplinary and lie broadly within the fields of  biochemistry, structural biology and biophysics.

He will begin his research in Germany this fall in the lab of Dr. Markus Zweckstetter at the Max Planck Institute for Biophysical Chemistry.