Two students from the UAB School of Optometry were elected as leaders of the National Optometric Student Association. 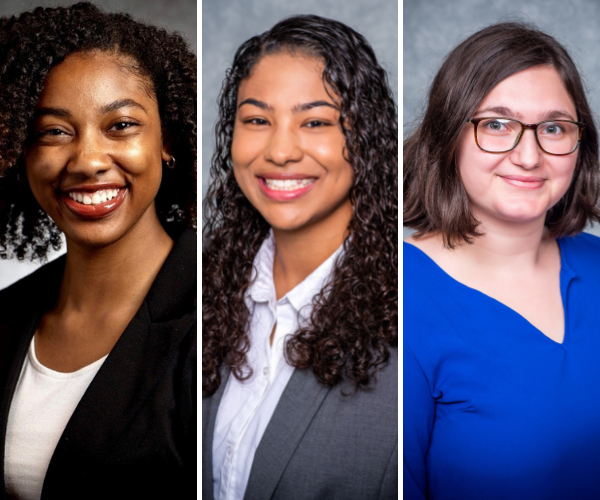 “It feels great to be elected the National NOSA treasurer but most importantly to be a part of an organization that gives back so much, whether it be to the community or its students,” she said. “NOSA has played a huge role in my optometry career so far, and I will continue to lean on it for guidance.”

“I have enjoyed serving in NOSA here at UAB over the past four years and am looking forward to serving at the national level this year,” said Goins, who also serves as the president of the UAB chapter of Beta Sigma Kappa International Optometric Honor Society. “I love being a part of this organization because of its dedication to serving the underserved and its intentionality in educating underrepresented groups on optometry as a career choice.”

In addition to Goins’ and Ewert’s being elected, UAB School of Optometry student Darian Travis was awarded the Dr. Will Kelley Memorial Scholarship during the convention.

NOSA is an international service organization composed of more than 1,000 optometry students who are dedicated to increasing access to eye care for minority and under-served communities.