For the second time in as many years, the University of Alabama at Birmingham’s School of Medicine is home to the president of the American Society of Transplantation. 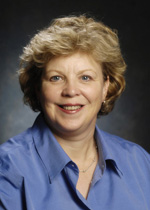 Roslyn Bernstein Mannon, M.D., director of research at the UAB Comprehensive Transplant Institute and professor of medicine and surgery, has been elected president of the society for 2012-13. She succeeds Robert S. Gaston, M.D., medical director of kidney and pancreas transplant at UAB, one of the nation’s busiest kidney transplant programs.

“The back-to-back UAB leadership of the world’s largest society for transplant professionals highlights the strength and reputation of UAB’s kidney-transplant program,” Mannon says. “Only once in the past 30 years, in the early formative years of the society, have presidents hailed from the same institution.”

In addition to practicing and teaching transplant nephrology, Mannon is a primary investigator on several major clinical trial consortia in transplant funded by the National Institute of Allergy and Infectious Diseases of the National Institutes of Health. Her research focuses on the causes of late kidney allograft failure, the leading cause of late allograft loss. She also is a frequent contributor to the literature of transplantation, authoring or co-authoring more than 200 manuscripts, chapters, reviews, abstracts and oral presentations. She has presented numerous major lectures both nationally and internationally in academia and has participated on grant review boards for the NIH and other private funding foundations.

A member of AST since 1994, Mannon was elected to the board of directors in 2007 as a councilor-at-large before becoming president-elect in 2011. In addition to representing AST as a member of the AST/ASTS Joint Council since 2009, she co-chaired the 2012 American Transplant Congress and chaired the AST education Committee and grants committees.

“The AST always has been a wonderful opportunity for me to network — not only for collaborative studies, but also for developing new professional and personal relationships,” Mannon says. “Today we face many challenges — but I believe these challenges also represent opportunities for our society and the greater field of transplantation. As our society grows and becomes even more diverse, we all have numerous possibilities to work and engage our transplant colleagues. I look forward to serving as president and building upon the stellar work of past leadership.”

Mannon received her medical degree from Duke University School of Medicine and completed her internal medicine residency, chief residency and fellowship in nephrology at Duke Medical Center. She joined UAB in 2008.