by Jim Bakken
Vickers, a surgeon, pancreatic cancer researcher and Alabama native, returns to UAB after chairing the Department of Surgery at the University of Minnesota.

Selwyn M. Vickers, M.D., has been named the next senior vice president for Medicine and dean of the University of Alabama at Birmingham (UAB) School of Medicine. Vickers, a member of the prestigious Institute of Medicine of the National Academy of Sciences, is a world-renowned surgeon, pancreatic cancer researcher, pioneer in health disparities research and a native of Alabama. He was recommended after an extensive national search. 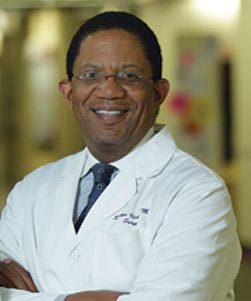 Vickers, 53, spent his formative years as a young faculty member at UAB, beginning in 1994, and he directed the section of gastrointestinal surgery here from 2000-06. He now is the Jay Phillips Professor and Chair of the Department of Surgery at the University of Minnesota Medical School. He will begin his new post at UAB Oct. 15, 2013. Pending approval from the University of Alabama System Board of Trustees, Vickers will also hold the James C. Lee Jr. Endowed Chair. Anupam Agarwal, M.D., who has served as interim vice president and dean since February, will return to his position as director of the Division of Nephrology and vice chair for research in the Department of Medicine.

“We were fortunate to have a pool of very highly talented candidates who recognize that UAB is doing great things here and around the world,” said UAB President Ray L. Watts, who was senior vice president and dean of the School of Medicine from 2010 until his appointment as president in February of this year. “In the end, Dr. Vickers emerged as the right person at the right time for UAB. We are glad to have him back. There are very high expectations for the School of Medicine. With Dr. Vickers as its leader, we have every confidence those expectations will be exceeded.”

“It is my great honor to return to Alabama and UAB, where my family and I created so many wonderful memories,” Vickers said. “I would like to thank President Ray Watts and the search committee for placing their trust in me. I look forward to working with Dr. Watts and everyone else at UAB and leading the School of Medicine toward even greater success.

“I feel fortunate to have served six years as chair of the Department of Surgery at the University of Minnesota Medical School. It has been a transformative experience. I will miss working with the outstanding faculty, especially those in the Department of Surgery, and I will always appreciate the opportunity to serve and grow at the University of Minnesota.”

Vickers will lead the medical school’s main campus in Birmingham, as well as regional campuses in Montgomery, Huntsville and Tuscaloosa. He also will be part of UAB Medicine’s joint operating leadership (JOL) team with UAB Health System Chief Executive Officer Will Ferniany, Ph.D., and James Bonner, M.D., president of the University of Alabama Health Services Foundation, the School of Medicine faculty-physician practice group. The JOL steers operations and finances for all UAB Hospital and ambulatory medical services, including The Kirklin Clinic and the UAB Callahan Eye Hospital.

Vickers was born in Demopolis, Ala., and grew up in Tuscaloosa and Huntsville. He earned baccalaureate and medical degrees from the Johns Hopkins University and completed surgical training there, including a chief residency. He completed two summer post-graduate research fellowships with the National Institutes of Health and training at John Radcliffe Hospital of Oxford University, England. He was an instructor of surgery at Hopkins for a year before coming to UAB as an assistant professor.

He left UAB to become chair of the department of surgery at Minnesota in 2006. From Minnesota, he continued research collaborations with faculty at UAB and is the co-principal investigator for the Comprehensive Cancer Center’s Specialized Program of Research Excellence (SPORE) in Pancreatic Cancer. Vickers leads or co-leads several multi-year, multi-million dollar research projects funded by the NIH, covering health disparities, pancreatic cancer and training. He has been continuously funded by the NIH since 1994.

In July, Vickers and James Shikany, Ph.D., a professor in the UAB Division of Preventive Medicine, were awarded a $13.5 million grant to create the National Transdisciplinary Collaborative Center for African-American Men’s Health (NTCC). The NTCC is a collaborative effort with 100 Black Men of America Inc., the National USA Foundation Inc. and the National Football League to create community partnerships to design, deliver and evaluate interventions targeting the four most significant causes of death and disease across the lifespan of African-American men and boys: unintentional and violence-related injury, cardiovascular disease, cancer and stroke.

Vickers and his wife Janice Vickers, who also is from Alabama, have been married since 1988; their parents live in Huntsville. They have four children: Lauren, 22, Adrienne, 20, Lydia, 16, and Benjamin, 14.

The School of Medicine at UAB has more than 1,100 faculty, 3,000 staff, 879 medical students and 814 medical residents. UAB attracts more than $400 million annually in external research funding and consistently ranks among the top 25 schools in funding from the NIH.