by Alicia Rohan
A UAB optometrist has been recognized for outstanding leadership to students by the American Optometric Association. 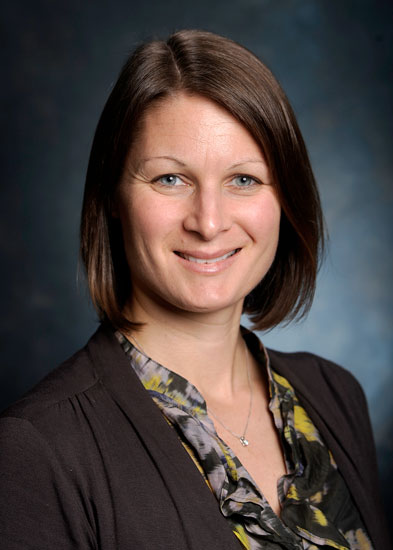 Steele will be honored as the recipient of the 2017 Optometric Educator Award for her “outstanding service on behalf of the profession, optometric education and the visual welfare of the public,” according to the AOA, which is recognized as one of the leading authorities in optometry. The award will be presented at a ceremony June 21 in Washington, D.C., at the AOA’s 2017 Optometry’s Meeting.

Steele joined the school as a faculty member in 2004 and has since taught in the areas of clinical skills, advanced procedures, ocular disease and imaging. Steele previously received teaching awards, including the UAB Scholarship of Teaching Award in 2012, and was awarded with the Alabama Optometric Educator Award in 2016.

In addition to teaching optometry students in classroom and clinical settings, Steele teaches optometry and paraoptometric continuing education courses nationwide, and for the past three years has contributed to the ophthalmic education at the UAB School of Nursing Adult and Geriatric Nurse Practitioner Program.