A UAB alumna and director of the Ada Long Creative Writing Workshop won the 2017 Philip Levine Prize for Poetry. 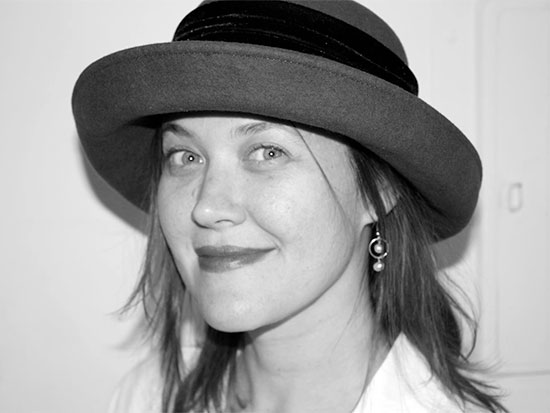 Tina Mozelle Braziel, a native of Pell City, Alabama, and director of the Ada Long Creative Writing Workshop in the UAB Department of English, has been awarded the 2017 Philip Levine Prize for Poetry. The national prize is sponsored by the Creative Writing Program at California State University, Fresno. The prize includes a $2,000 award and publication of her debut full-length book, “Known by Salt.” The book will be published by Anhinga Press.

The prize is named in honor of the late poet and professor emeritus Philip Levine, a founder of Fresno State’s poetry writing program, a 1995 Pulitzer Prize winner in poetry and the 2011 poet laureate of the United States. The contest is open to any poet writing in English.

C. G. Hanzlicek, award-winning poet, Fresno State professor emeritus and the final judge for the prize, chose Braziel’s manuscript as the winner out of 867 submissions, the second-highest number of entries ever. Hanzlicek wrote of the winning entry:

“Tina Braziel’s ‘Known by Salt’ is very much a book of celebrations. One arc of the book is the move from a life in trailer parks to a house that Tina and her husband build with their own hands, stud by stud, window by window. It is also a celebration of Alabama, with its forests, its rivers and lakes, and its creatures: snakes, deer, birds, lizards. Her observations are so keen — ‘herons lift their backward knees’ — that they make me laugh out loud in my own celebration. This attention to detail is what Roethke called long looking, and it is everywhere in these well-wrought poems.”

Braziel is a UAB alumna, earning a master’s degree in English with an emphasis in creative writing in 2002. She has worked an instructor for the program and has been affiliated with the Ada Long Creative Writing Workshop since its inception in 2004. She has served as director of the workshop for nearly a decade. The workshop, conducted in collaboration with the University Honors Program is a three-week program that offers a rare opportunity for high school students interested in creative writing to work closely with nationally acclaimed novelists, essayists and poets. She also teaches creative writing classes at the UAB Alys Stephens Performing Art Center’s ArtPlay.

Braziel earned a bachelor’s degree from the University of Montevallo in 1995 and received a Master of Fine Arts degree from the University of Oregon. Her poems have appeared in journals including The Cincinnati Review, the Southern Humanities Review, the Tampa Review and Appalachian Heritage. Her poetry chapbook, “Rooted by Thirst,” was published in 2016 by Porkbelly Press.

The UAB Department of English is housed within the UAB College of Arts and Sciences.